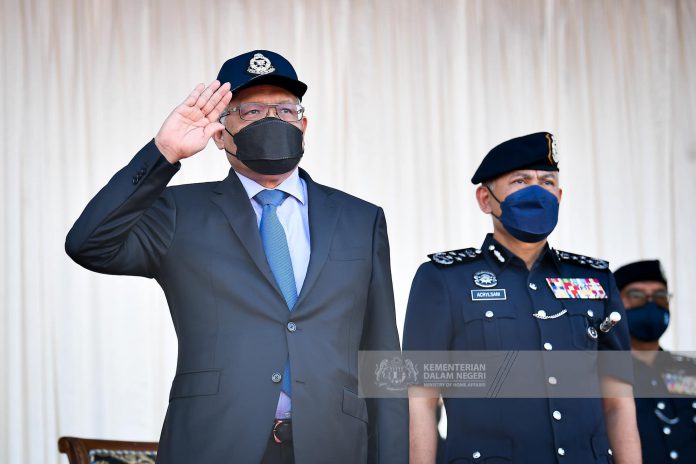 BUKIT KAYU HITAM, Sept 30 — The opening of the country’s borders to foreign tourists will only be determined after Malaysia moves into the COVID-19 endemic phase.

Home Minister Datuk Seri Hamzah Zainudin said the country was currently still in the pandemic phase and its readiness to transition to the endemic phase would be determined by the Health Ministry.

“Once we are ready, the Health Ministry will announce it. Actually, the Immigration Department (the enforcement agency that controls the country entry and exit points) is ready, the General Operations Force (GOF) is also ready (and) we too are ready to re-open our borders,” he said.

He told reporters this after the handover ceremony of the Malaysian Border Control Agency (AKSEM) to the Royal Malaysia Police (PDRM) here today.

He also said that permission to cross the country’s borders by Malaysians or foreigners would also be subject to the standard operating procedures (SOP) that would be decided later.

Commenting on alleged information leakage from the MyIdentiti personal database, Hamzah stressed that only Government agencies were allowed to use the information.

On the dissolution of AKSEM and the handing over of its functions to the GOF, which is under the PDRM, Hamzah said it would make relaying the ‘command and control’ from the top brass relating to operations and control at the country’s borders simpler and more structured.

“We will ensure that our tasks are focused on the problems faced at the borders. We will combine all the assignments so that tasks which were previously under AKSEM would be given priority by the GOF,” he said.

He also said that all AKSEM assets would be taken over and managed by the GOF, while all 909 AKSEM officers and personnel would be returned to their respective agencies.

On March 12, the Cabinet had agreed with the proposed rationalisation of AKSEM through a restructuring exercise for it to be placed under the PDRM and the AKSEM Act 2017 (Act 799) will be repealed after the restructuring process is implemented.

Don’t be complacent, reinvent BN wave for victory in GE15 –...