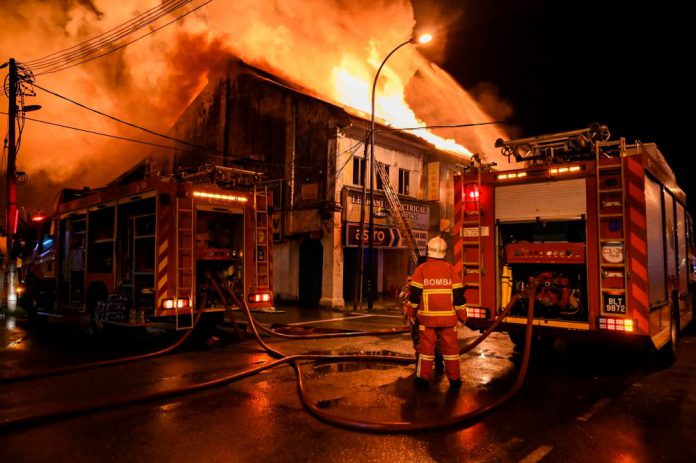 KUANTAN, Oct 2   — About 48 houses and eight shops were destroyed in a fire at Kampung Baru Cina Karak, Bentong near here yesterday.

However, there was no report of a casualty in the fire which broke out at about 9.10 pm, said Pahang Fire and Rescue Department director Wan Mohammad Zaidi Wan Isa.

He said the department received a distress call at 9.20 pm, following which 52 firemen in 10 engines rushed to the scene.

The close position of the houses to one another is believed to have caused the fire to spread quickly, he said when contacted by Bernama , adding that the firemen managed to control the fire at about 12.10 am today.

He said the department was investigating the cause of the fire and losses incurred.

DOSM: Natural rubber production up by 37.8 per cent in June...

RMCO: Workers from China can enter Sabah by complying with SOP