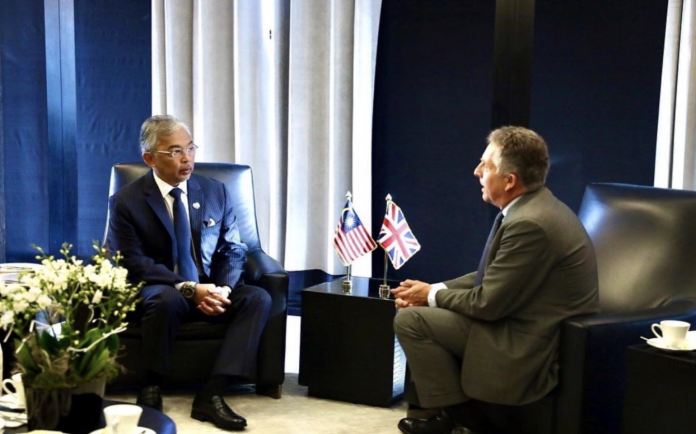 Istana Negara through a posting on its Facebook page today said during the 45-minute meeting, Al-Sultan Abdullah and Carter shared their experiences as cadet officers at the Royal Military Academy Sandhurst that they both attended.

It said His Majesty and Carter also discussed bilateral defence relations between Malaysia and the UK as well as the continuous improvement of cooperation between the two countries in the aspects of training and defence.

“Among other current matters also discussed were the COVID-19 pandemic, humanitarian issues, the defence industry, regional security and the latest developments in Afghanistan,” read the posting.

Al-Sultan Abdullah also expressed Malaysia’s intention to confer the Knight Grand Commander of the Order of Military Service award on Carter, which will be managed by the Ministry of Defence soon, as an appreciation of his roles in increasing bilateral relations between Malaysia and the UK in the field of defence.

Carter is scheduled to retire in December.

Al-Sultan Abdullah also attended a reunion with his former classmates at the Royal Military Academy Sandhurst in London, yesterday.