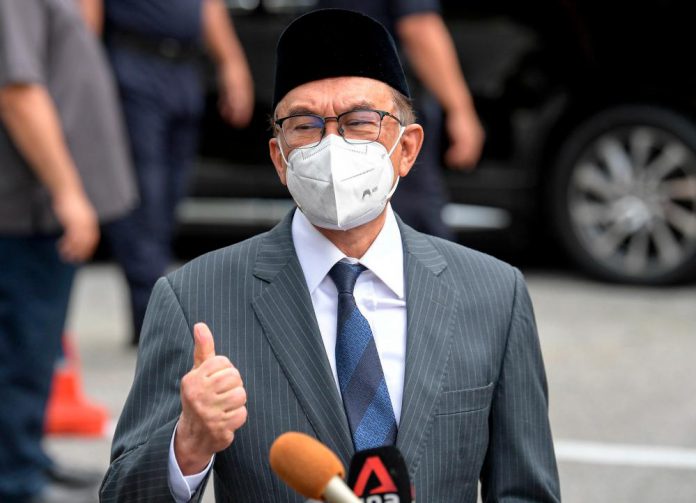 PORT DICKSON, Oct 2 — Opposition leader Datuk Seri Anwar Ibrahim denied that he is seeking a meeting with the Yang Dipertua Negeri of Melaka, Tun Mohd Ali Mohd Rustam on speculations that the Melaka government is going to be toppled.

The Parti Keadilan Rakyat (PKR) president said he did not receive any detailed information on the actual situation taking place in the state including the movement of UMNO assemblymen said to be no longer supporting the state government now.

“There were media reports which said I was going meet the TYT (Tuan Yang Terutama), but I am not…I have yet to seek an audience with the Yang Dipertua Negeri of Melaka.

“Many people are talking but there is nothing concrete, I only knew about it from reports, as far as I know it is not concrete,” the Port Dickson MP told reporters after visiting the Teluk Kemang beach here today.

Yesterday, speculations were rife that the Melaka government led by UMNO was about to collapse when four government assemblymen were said to be hopping to Pakatan Harapan (PH).