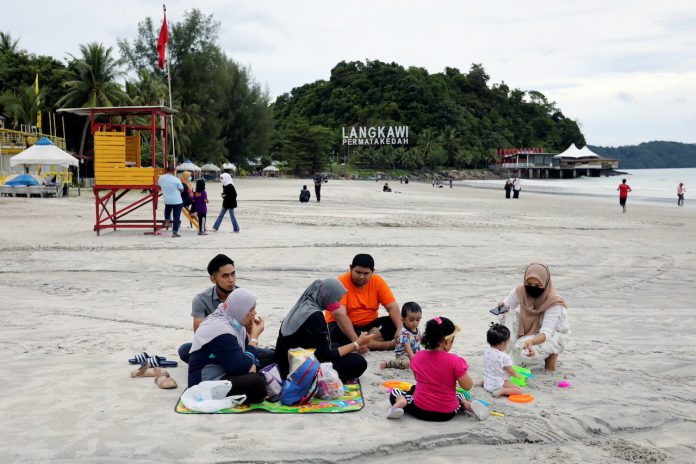 ALOR SETAR, Oct 3 — The tourism bubble pilot project in Langkawi has been a great success since it was implemented two weeks ago on Sept 16.

“Until Sept 30, Langkawi had received 38,748 tourists. Some 26,377 tourists arrived via the Langkawi International Airport while another 7,480 tourists disembarked at the Kuah Jetty.

Nasaruddin said if the figure could be maintained, it is not impossible that the government’s target of 400,000 tourist arrivals by December could be achieved.

He said for the period of Sept 16 to 30, Langkawi had recorded tourist arrivals of 29 per cent higher than the initial target and LADA aimed that 60,000 tourists would visit the resort island this month.

Meanwhile, Nasaruddin said LADA also hoped that the Tourism, Arts and Culture (MOTAC) Ministry and the National Security Council could reopen the island to international tourists as early as next month or December, if appropriate.

“At the moment, we are drawing up the standard operating procedures for foreign tourists with the cooperation of MOTAC and subject to the approval from the federal government,” he said.

Meanwhile, in KUCHING, Tourism, Arts and Culture Minister Datuk Seri Nancy Shukri said the success of the Langkawi tourism bubble pilot project was very motivating and inspiring for the ministry.

“We are hoping to announce interstate travel soon and by the time we have that, we can have a travel bubble in other places as well,” she said in a press conference after a working visit to the Sarawak Cultural Village here today.

Nancy said the government was also considering Langkawi as the first international travel bubble destination for the country.

“In the coming week, I will have a discussion with my counterparts from other countries and we are arranging for that (travel bubble). Langkawi is the best model for this because we have Qatar Airways and quite a number of other international flights to Langkawi,” she said.