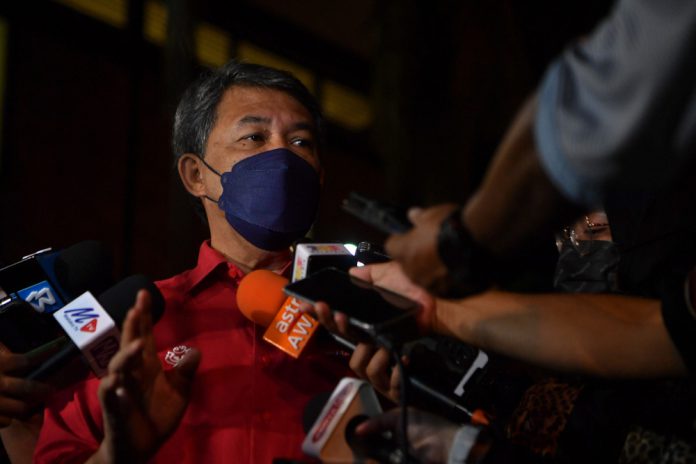 ALOR GAJAH, Oct 5  — UMNO has yet to decide whether to work with any party or contest independently in the Melaka state election, said its deputy president, Datuk Seri Mohamad Hassan.

Mohamad, who is also UMNO’s election director, said that what was important now was that the party must be prepared to face any eventuality in the polls.

“Let’s not expect outside help for us to win. We must build our own internal strength,” he told reporters, after a meeting with the Melaka UMNO machinery here tonight.

Asked about the willingness of the Melaka Perikatan Nasional (PN) to hold talks with UMNO to avoid three-cornered fights during the polls, Mohamad said that it was up to state UMNO.

“It is up to state UMNO, and it will need to propose to central UMNO as it cannot make its own decision. Must get approval from central (UMNO). If central (UMNO) said okay then it’s okay (to work with state PN),” he said.

He said that the party machinery at the polling district centre (PDM) level had been instructed to make preparation, from tomorrow, to face the election.

He said that the matter was stipulated in the amendment to the party’s constitution, made at the UMNO General Assembly last year.

A notification letter on the revocation would be handed over to Idris and Noor Azman in the near future.