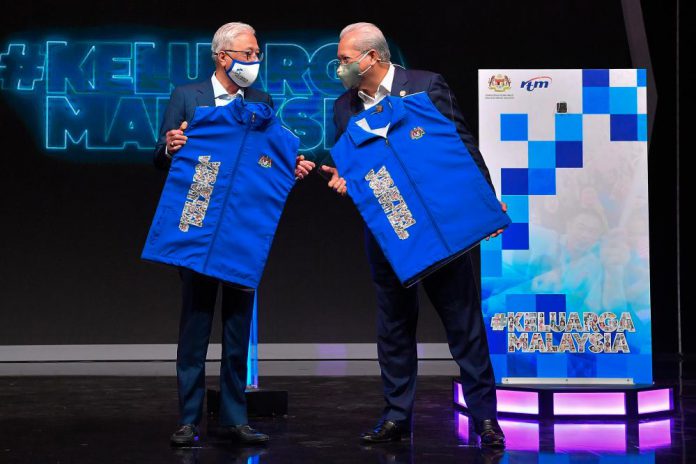 KUALA LUMPUR, Oct 8  — The pre-launch of the Malaysian Family signifies a new determination to free the nation from the shackles of COVID-19 as well as to revive the Malaysian economy under the leadership of Prime Minister Datuk Seri Ismail Sabri Yaakob, said Communications and Multimedia Minister Tan Sri Annuar Musa.

“Each family member should love and protect each other and no one should be marginalised. Similarly, the Malaysian Family also upholds the principles of a multi-racial community with the core values of Inclusivity, Common Ground and Contentment.

“It signifies the start of a new determination for us to free the country together from all shackles especially COVID-19 and to revive the country’s economy under the leadership of the Prime Minister. Hopefully we would all jointly put in our efforts in the appreciation and implementation of the Malaysian Family concept,” he said.

Annuar said the concept brings a bigger meaning in the life of the people and brings forth the value of equality which is mutual respect as well as understanding among each other.

The Malaysian Family concept outlined three main cores with 20 enriched values based on the new government under the leadership of Ismail Sabri to work together in rehabilitating the economy from the effects and problems of the COVID-19 pandemic.

Generally, the overall message of the concept is that the Malaysian Family could accept similarities and differences based on the values and features of the Malaysia Family grounded on the Federation Constitution and Rukun Negara.

The Prime Minister today officiated the pre-launching ceremony of the Malaysian Family at RTM’s Auditorium Perdana in Angkasapuri.

PM wants immediate aid to be given to Baling flood victims