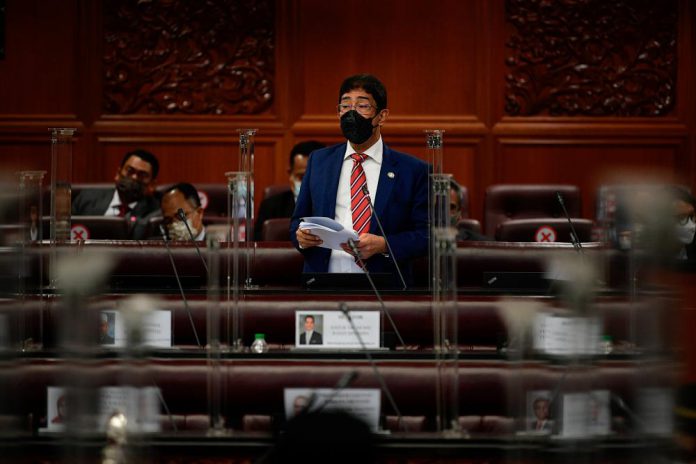 KUALA LUMPUR, Oct 11 – The Communications and Multimedia Ministry (KKMM) will consider holding the Malaysia Day celebration next year in one of the states in Peninsular Malaysia, the Dewan Negara was told today.

Deputy Minister of Communications and Multimedia Datuk Zahidi Zainul Abidin said the Cabinet meeting on June 24, 2020 had agreed that the Malaysia Day celebration each Sept 16 be held alternately between states in the peninsula, Sabah and Sarawak.

“This proposal can be considered for the Malaysia Day celebration in 2022 to be held in one of the states in the peninsula, subject to the decision of the Cabinet and the state government’s agreement for joint organisation,” he said during the winding up session on the motion of thanks for the Royal address. The proposal had come from a Senator during the debate session .

The Malaysia Day celebration has been organised alternately between Sarawak and Sabah since 2012.

On Internet and broadband services, Zahidi said 693 transmitting stations out of 5,394 had been upgraded to 4G technology as of Aug 31 while 362 new towers would be built by the end of 2022, which would increase 4G coverage in populated areas nationwide.

Apart from that, he said a total of 1,661 new towers would be built through open tender in rural and remote areas to further boost 4G coverage to 96.9 per cent in populated areas nationwide with construction work on the towers expected to begin in the first quarter of next year. .

“In rural areas in Sabah and Sarawak as well as Orang Asli settlements, the provision of broadband services will be implemented using satellite technology. For this purpose, 839 locations nationwide including 138 in Sabah and Sarawak have been identified to ensure broadband coverage in hard-to-access areas. with fibre optic and portable technology.

“This initiative is in the process of implementation and is expected to be completed in stages starting this November until early 2022,” he said.

In the meantime, Zahidi said the Malaysian Communications and Multimedia Commission (MCMC) has launched the JENDELA (National Digital Network Plan) Map portal, https://jendela.my, which is used to check telecommunication coverage in the relevant areas as well as provide feedback to MCMC so that improvements in the coverage and quality of telecommunication services are implemented from time to time.

“The cooperation of state governments and all parties is important to ensure that all policy proposals that have been approved at the federal level, can be applied at the state level and PBT (local authorities) so that the provision of digital infrastructure can be facilitated and in accordance with certain standards to ensure National Aspirations can be achieved, “he said.

Remaining four of 16 Malaysians who fell prey to job scam...