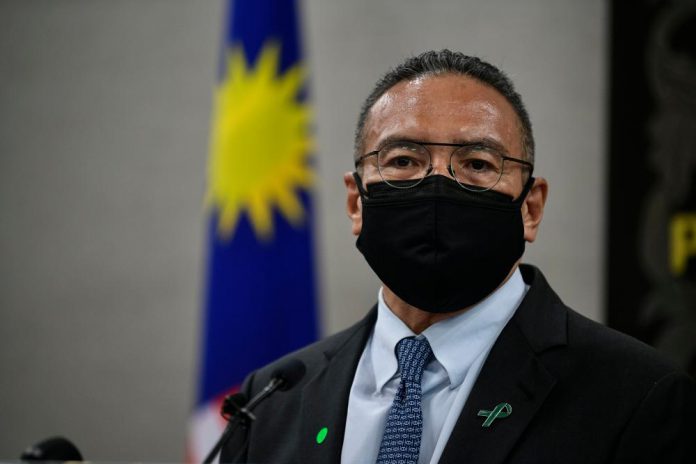 KUALA LUMPUR, Oct 12  — The police through its Standard Operating Procedures (SOP) monitoring team will continue to monitor interstate movements including conducting random inspections on major roads, as well as highways on weekends, public holidays and festivals.

Senior Defence Minister Datuk Seri Hishammuddin Tun Hussein said the monitoring was necessary as the allowing of interstate travel did not mean the authorities would become lax, but instead ensure that the SOPs were continued to be complied with.

“These include random checks under the Prevention and Control of Infectious Diseases Act 1988 (Act 342) through mobile roadblocks, snap checks, monitoring of R&R (Rest and Recuperation) sites, and roadblocks at areas imposed with the Enhanced Movement Control Order,” he said in a press conference after chairing the Fifth COVID-19 Quartet Ministers Meeting at Parliament House here, today.

He said the Home Ministry (KDN) had given assurances and the police had been instructed to ensure that inspections were carried out seriously and strictly to ensure that the people remained disciplined and did not become complacent.

The monitoring by the authorities include R&R areas, tourism spots, residences, and business premises which are believed to not be strictly monitoring the entry of visitors.

Owners of restaurant premises, shopping malls and public attractions are responsible for checking the entry of customers to ensure they complied with the SOPs, such as being fully vaccinated and wearing face masks, as well as performing body temperature checks.

Interstate travel was allowed beginning yesterday, as 90 per cent of the adult population in the country had been fully vaccinated.

On Oct 10, the police carried out 417 roadblocks nationwide and inspected 211,617 vehicles, and of the total, 560 vehicles were turned back for failing to comply with the SOP.

On the relaxing of rules to allow people to go abroad without applying for a MyTravelPass, Hishammuddin said people were still bound by the guidelines and rules set by the Ministry of Health Malaysia (MOH), such as undergoing self-quarantine upon returning back.

“This means that, even if interstate and overseas travel have been allowed, the SOPs will remain in force. All parties still have to abide by all the rules for their own good and of those around them,” he said.

He said the meeting also refined the implementation of guidelines for ventilation and air quality in the premises which were considered important to control the spread of viruses in the air.

On when the transition from the pandemic to endemic phase would actually take place, Hishammuddin said it would largely depend on what happens following the lifting of interstate and overseas travel restrictions.

Commenting on the tourism bubble, Hishammuddin said the SOP implemented for the tourism bubble pilot project in Langkawi would not be applied for domestic tourism after the lifting of the interstate travel restrictions.