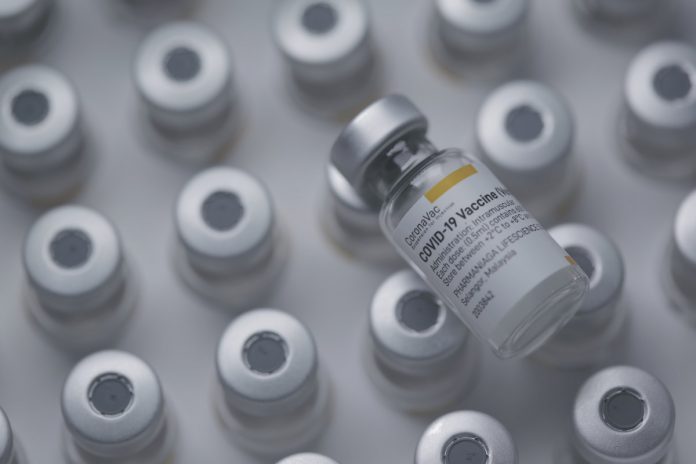 KUALA LUMPUR, Oct 13 — A booster shot of the COVID-19 vaccine will help boost a waning immune response and induces a significant increase in neutralising antibodies against highly infectious variants.

Pharmaniaga Bhd in a statement today said the same COVID-19 vaccine booster shot is highly recommended based on the evidence from boosting studies in the adult and elderly populations,

The pharmaceutical company said the conclusion was made by experts in a virtual webinar organised by Pharmaniaga entitled “COVID-19 Booster Shots and Vaccination for Children: Moving forward with experiences from China, Chile, and Indonesia,” held today.

“The panel experts concurred that taking booster shots will substantially increase antibodies which have started to decline six months after the second dose, according to the studies,” it said.

Among the panelists was Sinovac Biotech Co Ltd senior director of oversea business, Weining Meng said a booster shot given at an interval of between six to 12 months after the second dose led to a strong boost in immune response, with geometric mean titers (GMTs) increasing to approximately 140.

He said according to research conducted at the Chinese Academy of Sciences, Peking University, and Sinovac Biotech, their data also indicated that a third dose would allow vaccine protection to last longer and have better persistence.

Meng said the timing of a booster dose should take into account the existing COVID-19 infection in the country and breakthrough COVID-19 cases after the primary vaccination.

A speaker from Chile, Millennium Institute Immunology and Immunotherapy professor and director, Dr Alexis M. Kalergis noted that the vaccines received by the Chilean population were mostly from Sinovac.

“In Chile, the regulator has approved the use of CoronaVac vaccine starting from six years, and older children and this vaccine campaign is moving smoothly so far due to better safety profile in the paediatric population,” he said, adding that the Sinovac vaccine had been proven to be safe and effective in the Chilean population.

He noted that booster shots are safe and provide significant enhancement of neutralising antibodies in healthy adults.

“The effectiveness of the booster shots is expected to be high for Sinovac vaccine. Chilean health fraternity is more comfortable using the Sinovac vaccine as it is made using an inactivated virus platform that has been extensively used in the past, such as the polio vaccine.

“No doubt other vaccines are effective as well, but the main reasons why we decided to work with inactivated vaccine — Sinovac, is because data shows it is more comprehensive in terms of an immune response,” he said.

Muhyiddin to go on lightning visit to Indonesia