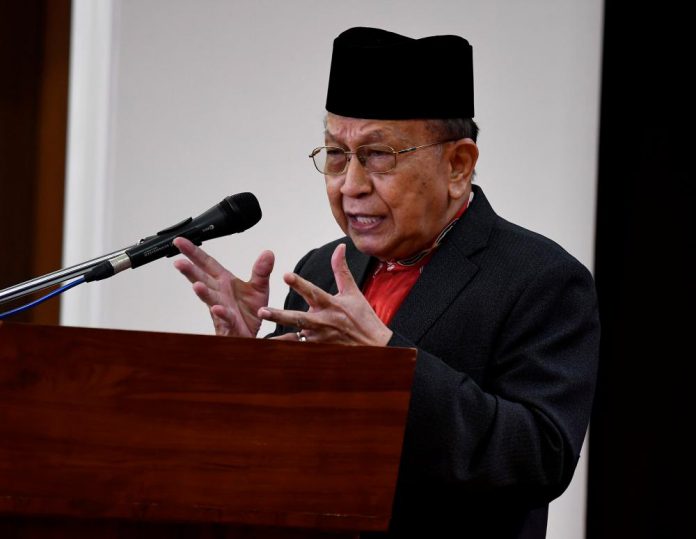 KUALA LUMPUR, Oct 14 — Many in the community are still not aware of the role played by the Senate or Dewan Negara as the highest legislature in Malaysia, said Senate president Tan Sri Dr Rais Yatim.

“If we do not have the Senate, there would be no Article 44 in the Federal Constitution (Constitution of Parliament) …the conclusion is our people do not understand what is Dewan Negara. But we should not be disappointed, we should not feel uncared for.

”We will continue our struggle because we know the Dewan Negara community serving today and in the past played their roles in nation building,” he said when speaking at the opening of a ceremony to celebrate Senators who have completed their tenures in 2020 and 2021 here today.

Meanwhile, Rais suggested that Senators use their expertise according to their background as lawyers and industry players to help resolve the problems of the country.

“We take up with our select committee under Section 9 (Power of House to punish for contempt of the House) of Houses of Parliament (Privileges and Powers) Act 1952 with the power to improve the situation and now we have a well-being committee.

“Let us do our homework, we crack the problems, we call ministers, deputy ministers, secretaries-general to appear. Under the 1952 law, under the standing order, we have the right to summon them, if they did not come, we can impose a surcharge and as well as something else so that they will think twice,” he said.

According to Rais, he wants Dewan Negara to strengthen the Parliament Act (Privileges and Powers ) 1952 and revive the Parliamentary Services Act 1963.