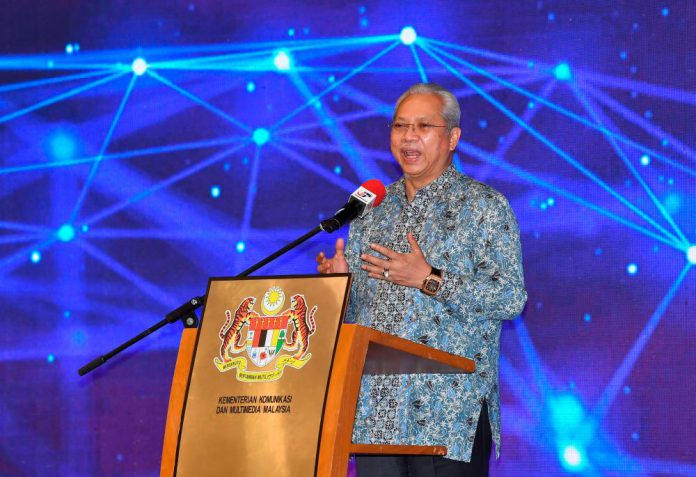 PUTRAJAYA, Oct 14  – The implementation of projects under the National Digital Network (JENDELA) plan is on schedule and all the scope of work carried out have exceeded the set targets, said Communications and Multimedia Minister Tan Sri Annuar Musa.

He said the achievements were stated in JENDELA’s third quarterly report by the Malaysian Communications and Multimedia Commission (MCMC) and to all telecommunications companies in the third meeting of the Steering Committee for the implementation of the JENDELA plan today.

“I am satisfied because the achievements in all scopes have exceeded the targets,” he told the media after launching the  Keluarga Malaysia Teen Package and Keluarga Malaysia Device Package Internet access packages for less fortunate people, here.

Annuar hoped that all parties involved in the implementation of JENDELA can continue their performance by ensuring that the roll-out of the plan runs smoothly in terms of 4G coverage, speed and the number of premises gaining access to gigabit-speed fixed-line broadband.

Under the first phase of JENDELA which runs until next year, the target is to expand 4G coverage for mobile broadband from 91.8 per cent to 96.9 per cent in populated areas.

It is also to increase the speed of mobile broadband from 25Mbps (megabits per second) to 35Mbps and enable as many as 7.5 million premises to have access to gigabit-speed fixed line broadband.

Annuar said 4G coverage was currently at 94 per cent and by the end of the year would reach 96.9 per cent and that premises gaining access to gigabit-speed fixed line broadband had surpassed 6.4 million.

He said that construction of a total of 1,661 new communication towers would begin this month under the first phase of JENDELA and expected to be completed before the end of next year.

On connectivity in schools, Annuar said his ministry (KKMM) understood the challenges of the Ministry of Education (KPM) regarding the problem of home-based teaching and learning (PdPR) which required the cooperation of several ministries to address the issue.

He said a discussion with KKMM, KPM, Malaysian Administrative Modernisation and Management Planning Unit (MAMPU) of the Prime Minister’s Department and related parties would be held to find ways to complete the ecosystem in schools so that every school has a conducive ecosystem to utilise broadband services.

Annuar hoped that the problem can be resolved by the end of the year so that schools across the country enjoy stable and quality facilities.