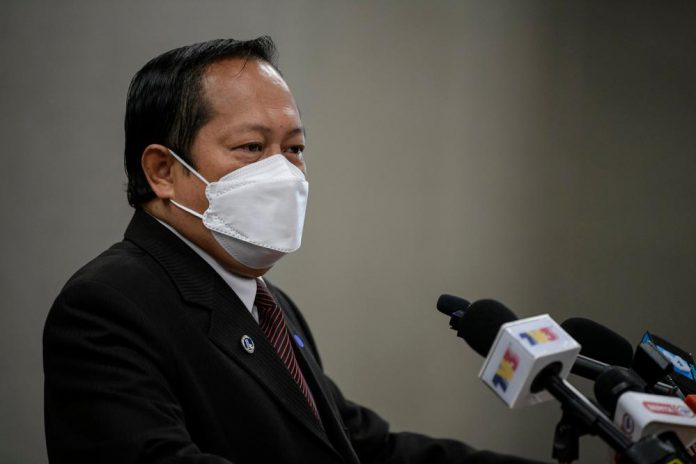 MELAKA, Oct 15 — UMNO is collecting feedback and views from various quarters including party leadership and grassroots before deciding on cooperation with any party or to contest by its own in the Melaka state election.

UMNO secretary-general, Datuk Seri Ahmad Maslan said in the Supreme Council and UMNO Political Bureau meetings yesterday, the matter was still being discussed apart from getting feedback from Melaka and central UMNO with a working paper and an accuracy study to ensure the victory of the party in the election.

“We do not know when is the election and we cannot preempt the Election Commission (EC) and in our view we do not when it (cooperation) would be decided and when EC has announced the election date, then we will make the important decision on whom we want to be with and the form of political understanding.

“There is no need to make a quick decision. We want to win all seats which UMNO is contesting but where we are standing would be decided by the party leadership,” he said.

Commenting on the issue of sand royalty and land reclamation project in Melaka which were linked to UMNO leaders contesting in the state election. he said the matter would be studied but it should not be seen in terms of perception and just making wild guesses.

The Election Commission has received official notification regarding the dissolution of the 14th Melaka State Legislative Assembly on Oct 4 and based on Article 19 (4) of the Melaka State Constitution, state election must be held within 60 days from the date of dissolution.

The EC will discuss the important dates of the Melaka election such as the date of the Election Writ, Candidate Nomination Day, Polling Day, Voter Register to be used and other preparations to conduct the election this Monday.

I’ll quit if party tells me to do so, says Umno...