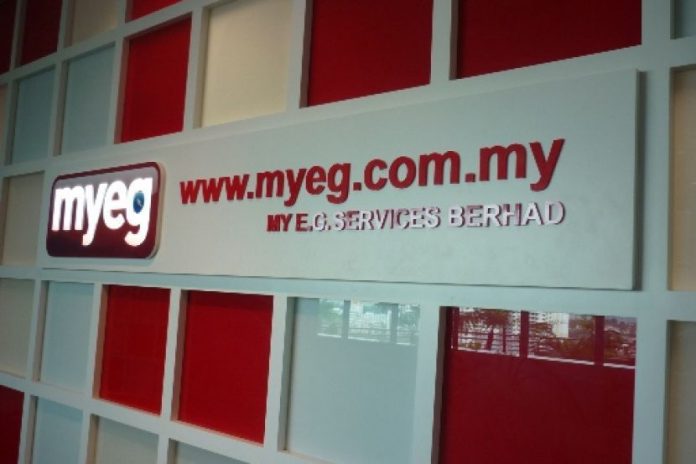 KUALA LUMPUR, Oct 18  — MyEG Services Bhd (MyEG) has proposed placement of up to 4.17 per cent of its total number of issued shares to third party investors that would be identified later at an issue price to be determined later.

It said as of the latest practicable date, the total issued share of MyEG is valued at RM664.24 million comprising 7.38 billion shares, including 182 million treasury shares.

“For illustrative purposes, assuming the issue price of RM1.03 per placement share, the proposed placement is expected to raise gross proceeds of up to about RM309 million,” it said in a filing with Bursa Malaysia today.

MyEG said it would also use the proceeds for the development of blockchain products and services, working capital as well as expenses related to the proposed placement.

“The board is of view that the proposed placement will enable the company to raise additional funds without having to incur interest expense or service principal repayment as opposed to conventional bank borrowings.

“It is an expeditious way of raising funds from the capital market as compared to other alternative fund-raising methods and it will improve the financial flexibility of the group by strengthening its financial position and capital base,” it added.