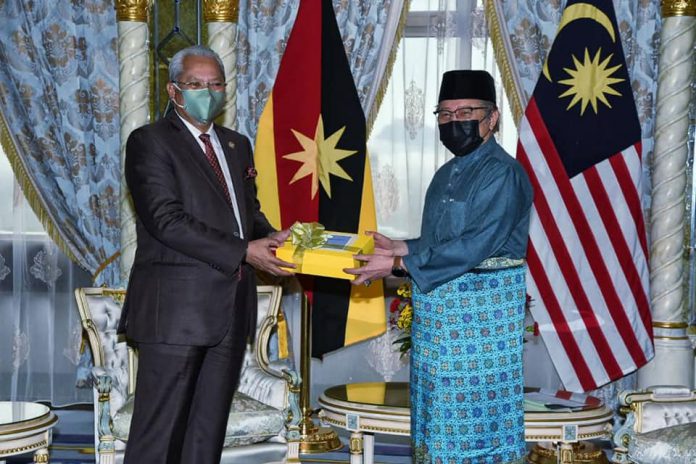 Annuar, however, refused to disclose details of the meeting held in conjunction with his courtesy call on Abang Johari at the latter’s office at Wisma Bapa Malaysia here this morning.

“At any meeting, politicians will definitely talk about politics. I will not lie…yes there was a discussion (about Sarawak polls), but there was nothing that I can share with the media. That’s the problem,” he said when met after visiting Tanoti House, a handicraft centre, here.

Annuar said what matters most now is the fact that the time has come for Sarawak to hold the state election and that he believed the state government had taken into account every aspect to ensure smooth running of the election process.

When asked whether Abang Johari had given any hint on when the state election would be held, Annuar said, “the Chief Minister doesn’t have to give any hint to me, he should give it to the people of Sarawak.”

There has been widespread speculation that the Sarawak state assembly would be dissolved soon to pave way for the 12th state election.

However, Abang Johari told a press conference yesterday that any question of a state election for Sarawak now lies in the hands of Yang di-Pertuan Agong Al-Sultan Abdullah Ri’ayatuddin Al-Mustafa Billah Shah.

According to Clause 3 of Article 21 of the State Constitution, the state assembly should have stood dissolved on June 7, but the clause has no power as per paragraph 15(1)(a) of the Emergency (Essential Powers) Ordinance 2021, which suspends the dissolution of the state legislature.

However, Section 2 (2) of the Emergency (Essential Powers) (Sarawak) Ordinance 2021, issued in conjunction with the emergency proclamation for Sarawak, stated that the operation of the proclamation of emergency may be terminated earlier by the Yang di-Pertuan Agong after consultation with the Yang Dipertua Negeri of Sarawak.

COVID: 83 per cent of Johoreans have registered for vaccination

MALAYSIA TO SHARE FINDINGS ON COVID-19 CURE WITH ASEAN AND PLUS...