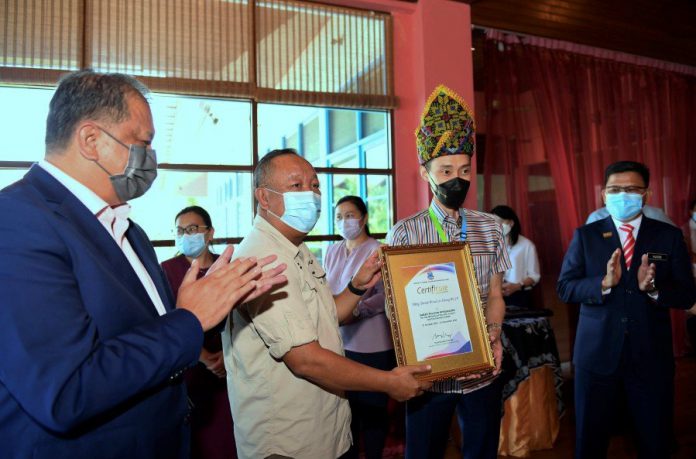 Chong Wei will play the role of Sabah Tourism Ambassador until December next year.

The appointment was announced by Sabah Tourism, Culture and Environment Minister Datuk Jafry Arifin during a briefing and luncheon with Chong Wei, here.

Speaking to reporters, Chong Wei thanked the Sabah government over the appointment and hoped that he would be able to help revive the state’s tourism industry which has been severely affected by the COVID-19 pandemic.

“I am very happy. I know Sabah is very famous. I always go to competitions in China, Taiwan and everybody knows Sabah. Sabah is a very big state.

“I hope I will bring my family and kids to Sabah and go to a lot of places here (and with that) I can share more details as well as help promote tourism in Sabah and bring in more tourists,” he said.

Meanwhile, Jafry said Chong Wei was chosen for the role because of his global reputation through his remarkable performances in the international arena, winning trophies as well as fans around the world, especially in the ASEAN region, Asia-Pacific, China, Japan, South Korea, Denmark and the United Kingdom.

“These countries make up part of Sabah’s traditional market and major contributor to tourism arrivals to Sabah pre-COVID-19. This is certainly great news to all and a promising outlook for the tourism industry,” he said.

With Chong Wei’s outstanding accomplishments, Jafry said the ministry is confident that his role as tourism ambassador will help propel the state’s tourism industry to greater heights in the next two years.

In related development, Jafry said that there was a proposal to set up a Lee Chong Wei badminton academy in Sabah and the matter was raised during a courtesy call by his ministry and Chong Wei on Chief Minister Datuk Hajiji Noor, yesterday.

“It is good for Sabahans who love badminton and may also be used as a training centre for tourists and players from abroad.  If this becomes a reality, it will help the Sabah tourism industry as well,” he added.