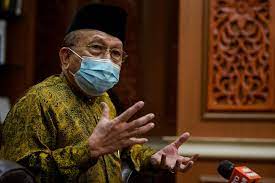 KUALA LUMPUR, Oct 28  — The Attorney-General is studying the proposed amendments to the Houses of Parliament (Privileges and Powers) Act 1952 as well as reinstating the Parliamentary Services Act 1963 which was repealed in 1992, said Dewan Negara President Tan Sri Dr Rais Yatim.

The proposal paper was expected to be returned to the Parliamentary Committee chaired by Dewan Negara President and Dewan Rakyat Speaker at the end of November in an effort to realise the transformation of Parliament, he told a press conference at Parliament building today.

He said one amendment to the Houses of Parliament (Privileges and Powers) Act 1952 was to increase the fine from RM1,000 to RM20,000 for those who belittled or ridiculed Parliament and its members, while another amendment involved the Code of Ethics for Members of Parliament.