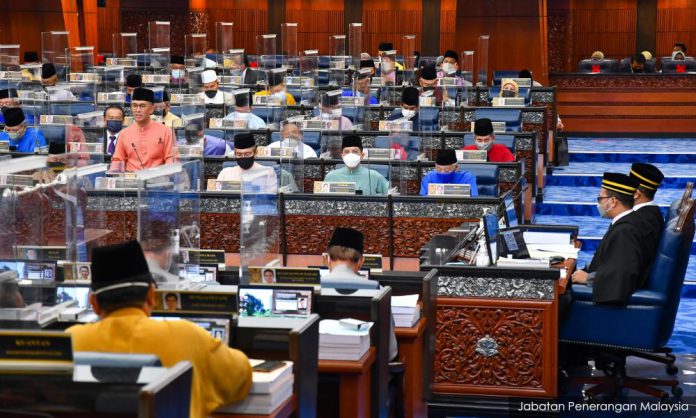 KUALA LUMPUR, Oct 29 — A total of 1.3 million civil servants of Grade 56 and below will receive a one-off special financial assistance of RM700 as a token of appreciation for their contributions in public service delivery throughout the year.

“This (assistance) will involve financial implication of RM1.3 billion. It is hoped that the assistance will motivate the civil servants to continue serving the nation with full dedication,” he said when tabling the national Budget 2022 at Dewan Rakyat here today.

Apart from that, Zafrul said the Cash Award in lieu of Leave (GCR) will also be increased to 160 days from the current 150 days in appreciation of the sacrifices made by civil servants, especially the frontliners, who had been working tirelessly and not been able to take leave during the pandemic.

The government will also allow early redemption of the GDR for up to 50 per cent or 80 days for the civil servants to perform haj or to finance their children’s higher education.

Tengku Zafrul said the government also planned to improve several other facilities for the civil servants, which include allocating RM365 million for the maintenance of quarters and common-use buildings under the purview of the Property Management Division.

Among other improvements are the increase of incentive payment for monitoring of prison inmates to RM200 per month from the current RM150 per month, which will benefit over 14,000 prison officers, and the increase of the assignment allowance of police volunteers from RM7.80 to RM9.80 per hour got officers, and from RM6 to RM8 per hour for other ranks.

The government also plan to give an incentive of RM200 to Community Development Assistant Grade 19 and Welfare Assistant Grade U11 and U14 working at 24 welfare institutions and directly involved in providing care for senior citizens and persons with disabilities, as well as mental patients.