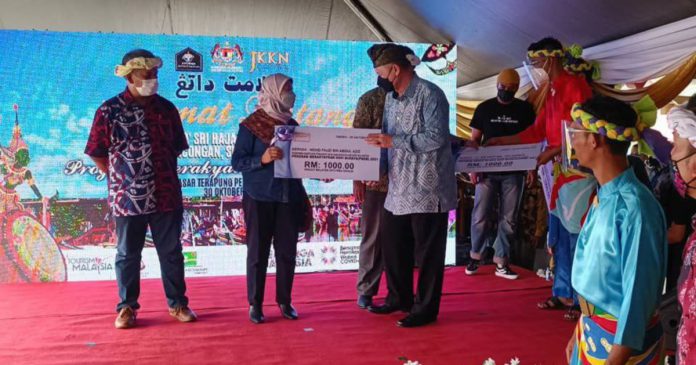 KOTA BHARU, Oct 30  — The government will use the International Tourism Bubble (Inbound) for the Langkawi Pilot Project as a benchmark, before reopening the country’s borders to international tourists, said Tourism, Arts and Culture Minister, Datuk Seri Nancy Shukri.

She said her ministry will evaluate the performance of the pilot project first, and that the decision to reopen the country’s borders must be carried out carefully.

She added that the matter would also be assessed by the National Security Council (MKN), and as a preventive measure, the entry of tourists from certain countries would be restricted from time to time to prevent the spread of the COVID-19 infection.

“We want to see the performance of the Langkawi project first; we need to be careful because there are still many countries facing the fourth wave…. We don’t want to end up like other countries, after reopening had to close again.

“In fact, many have asked the ministry to give permission to outsiders (international tourists) to come, but we need to work with the relevant ministries first. Besides, we are only putting the proposals, but the decision will be made by the MKN,” she said.

She said this to reporters after officiating the Pengkalan Datu Cultural Arts programme, at the Cerana Villa Resort Floating Market today.

Earlier, she also presented a contribution amounting to RM85,000 to 31 individual and group recipients, consisting of cultural arts activists in Kelantan, to return to active work after almost two years of not being able to hold any physical arts activities due to the COVID-19 pandemic that hit the country.

In another development, Nancy said that she was pleased with the RM1.6 billion allotted to her ministry, under Budget 2022, which is seen to be able to revive the tourism industry.

“Through our national tourism policy, we will also ensure that the infrastructure of areas that have tourism products will be improved. In fact, our people also need to improve themselves, such as learning many languages to attract tourists, especially foreign tourists, to facilitate communication,” she said.