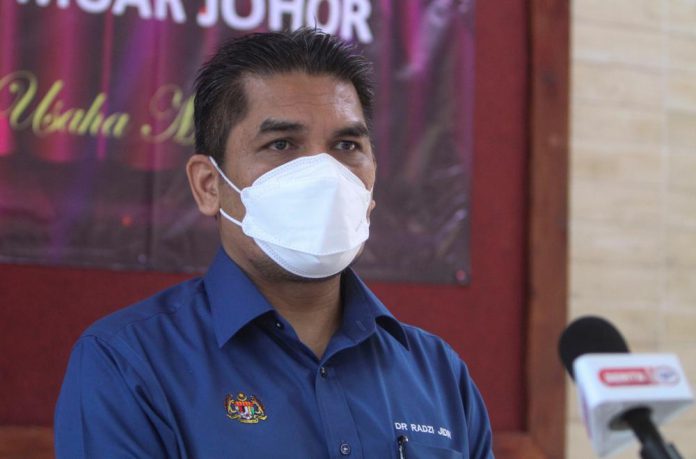 He said it is enough for them to attend classes properly attired and neat.

He also said the matter was mentioned before, but parents still complained about teachers who insist on students coming to school wearing school uniforms.

“When schools were reopened according to the National Recovery Plan (PPN) phases in several states,  among others in Klang, Selangor and Melaka, we received complaints from parents who said that certain schools had asked their children to come in school uniforms even though some of the uniforms or shoes didn’t fit anymore.

“So, I would like to stress again that the ministry before this had said that for now until the end of the school term this year, we allow the children to put on attire that is appropriate, that is more  important,” he told reporters after making a walkabout to see the preparations being made to welcome pupils when classes reopen at Sekolah Kebangsaan Semaseh in Panchor here today

The senior minister also said schools should be accommodating in welcoming back students especially since parents have to deal with constraints when schools reopen during the COVID-19 pandemic, especially to underprivileged families.

In another development, he said all schools entering Phase 4 of the PPN should pay specific attention to the ventilation aspect including in the staff room.

“Classrooms appear to be comfortable but not the teacher’s room, sometimes they install air-conditioning units but I hope they take into account the ventilation aspect. Windows should be left open for the safety of the teachers,” he said.

Commenting on the intake of the one-off teacher to overcome the problem of teacher shortage, Radzi said the Education Services Commission had already completed the selection of teachers for Phase 1.

Radzi said the initial selection criteria were based on candidates who will teach important subjects in school as well as those who have a background in education studies.

“We have chosen candidates from Phase 1 and we did not decide how many but we were guided by the arrangement of the subjects. Which subject to go first as well as priority given to graduates.

No charges for Covid vaccination at private facilities involved in immunisation...