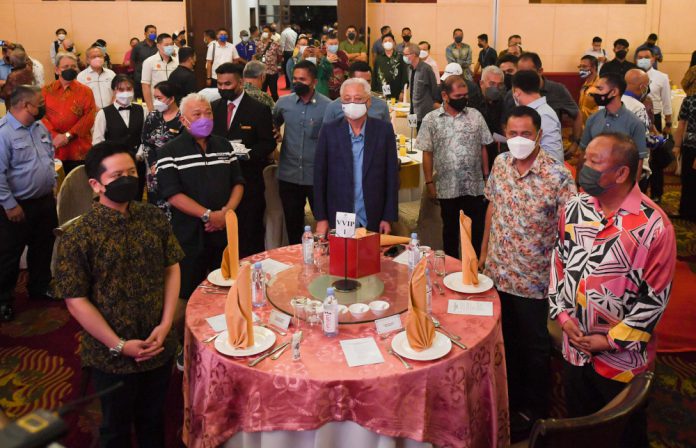 SANDAKAN, Nov 5  — Prime Minister Datuk Seri Ismail Sabri Yaakob will discuss development at the Sabah-Kalimantan border with Indonesian President Joko Widodo (Jokowi) during his visit to the country next week.

Ismail Sabri said the discussion will also cover efforts on advancing the border area, including developing the infrastructure, among others.

“For example, Kalabakan (Sabah) borders (Kalimantan) Indonesia … Indonesia has developed their (side of the) border. We want the Sabah border area to be developed with infrastructure, possibly turning it into a tourist town to (attract) people from Kalimantan.

“…that is one of the matters that will be discussed with President Jokowi so that we can jointly develop the border area,” he said when addressing Sandakan community leaders in a meeting here tonight.

Ismail Sabri said the discussion will also touch on the involvement of Malaysian entrepreneurs in development projects in the border areas.

“I will discuss (this matter) so that we can help in terms of their development. Meaning, in terms of projects on the Kalimantan side, we want entrepreneurs from Malaysia to also be involved in developing Kalimantan,” he said.

Meanwhile, Ismail Sabri also gave an assurance that the Federal government will focus on the development of Sabah and Sarawak in line with the 12th Malaysia Plan (12MP) in efforts to ensure balanced development could be carried out.

He said the Federal government had never sidelined Sabah, adding that it would continue to be committed to developing the state and free it from being the poorest state in Malaysia.

“Believe me, we have never had the slightest intention to leave Sabah out or other states in terms of development. InsyaAllah, we will elevate Sabah out of poverty,” he said, adding that the Federal government will continue to be committed to ensuring that the Sabah Pan Borneo Highway project is realised for the benefit of the people.

Meanwhile, Bung Moktar, in his speech expressed confidence that Sabah will come out of poverty under Ismail Sabri’s administration.

“The person who understands the most is the Prime Minister. Help us in any way … restore the dignity of the Malaysian Family in Sabah,” he said adding that the Prime Minister has the authority to push Sabah out of poverty.

No need for mega PPVs to continue operating – Khairy