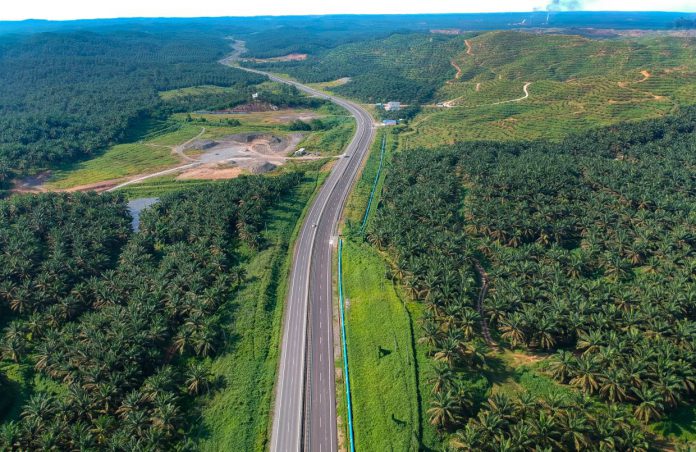 SANDAKAN, Nov 6 — The implementation of the Pan Borneo Highway for Sabah eastern zone which involved the Kinabatangan to Telupid route has the potential to develop the tourism sector in the east coast of the state.

For Sandakan Tourism Association president CK Teo, having the highway could draw more domestic and international tourists to visit attractive destinations on the east coast of Sabah.

“At the moment, the road linking the east coast of Sabah to Kota Kinabalu is damaged and has only one lane which makes travelling arduous and dangerous as it is also dotted with potholes and has no lighting while some sections are prone to landslides.

“Tourists would surely want a pleasant journey and as such the government has to give due attention to roads in the east coast of Sabah,” he told Bernama.

According to him, many top destinations are located on the east coast, such as the Bornean Sun Bear Conservation Centre and the Turtle Island Park as well as the Orang Utan Rehabilitation Centre in Sandakan.

“Presently, I have to put up with huge repair costs for vehicles after making to and fro trips from Sandakan to Kota Kinabalu as we have to go through the infamous stretch between Sandakan and Telusid.

Aqua tourism operator in Pulau Sakar Lahad Datu, Irunji Parija said the highway when completed would ensure a smooth journey for travellers driving from Kota Kinabalu to the east coast and do not have to worry about the undulating surface of the road.

“A proper road would make driving smoother to the east coast such as from Ranau to Gua Gomantong in Kinabatangan and after that to enjoy other interesting spots in Lahad Datu,” he said.

He said the Pan Borneo Highway in Sabah is a high-impact infrastructure project which is a dream of Sabah residents to have proper roads.

The Pan Borneo Highway in Sabah comprises three phases and for a start, 35 work packages have been planned for phase one involving a distance of 706 kilometers.

Four new packages of the eastern zone of the highway which are expected to be completed in 2024, would be launched by Prime Minister Datuk Seri Ismail Sabri Yaakob today.

Meanwhile, Lahad Datu Chinese Chamber of Commerce president Tan Cheng Teng said the implementation of the project is not only a catalyst for tourism but could also stimulate the economy of the local residents.

“With a better road system in all places, there could also be major cycling events like Le Tour de Langkawi in the east coast of Sabah.

“Such activities would bring more sports tourism to homestay operators, restaurants and others,” he said and hoped the two other phases of Pan Borneo Highway would be implemented soon,” he said.