马中透视 MCI
Home Breaking News Melaka polls: Those not selected will be considered for Parliamentary seats next... 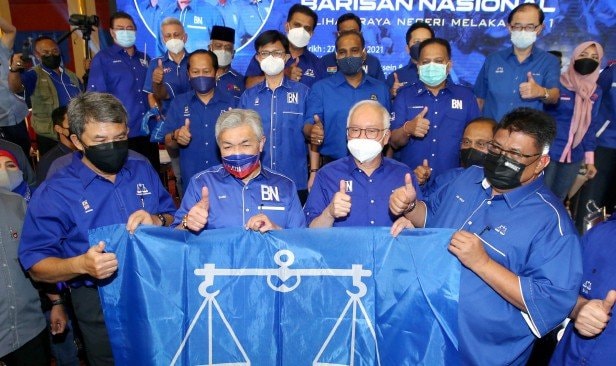 MELAKA, Nov 6 — Incumbents who were dropped and those not selected to contest in the Melaka state election on Nov 20 will be considered as candidates for Parliamentary seats in the next general election, Barisan Nasional (BN) chairman Datuk Seri Dr Ahmad Zahid Hamidi said.

He said the decisions taken by BN was a new and bold approach that met its WALI (winnable, acceptable and likeable) criteria.

“State assemblymen who were dropped had already provided excellent service to the party for two or three terms and maybe more. The party would like to thank them and hope they will help out the new candidates.

“As for those not selected, Insya-Allah they will be considered in the future for a Parliamentary seat in the general election. What is important now is to secure a win for our party,” he said in a Facebook posting today.

The Election Commission has set Nov 20 for polling and Nov 8 for nominations while early voting will be conducted on Nov 16.

The election is being held following the dissolution of the State Legislative Assembly on Oct 4, after four assemblymen withdrew their support for the Chief Minister.

COVID-19: MOTAC ON THE LOOKOUT FOR NEW MARKETS