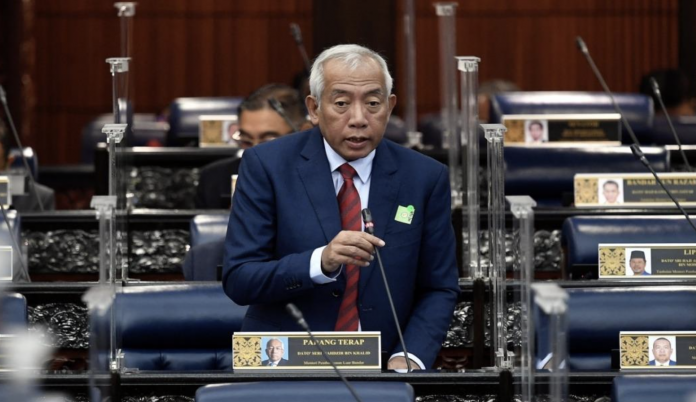 KUALA LUMPUR, Nov 8 — The Letter of Acceptance Surat Setuju Terima for the road construction project along the Ulu Skrang alignment in Sarawak is expected to be issued next month, the Dewan Rakyat was told today.

Rural Development Minister Datuk Seri Mahdzir Khalid said the project, which was approved in the First Rolling Plan of the 11th Malaysia Plan (11MP) at a cost of RM28.5 million, is currently in the procurement stage.

He said this in reply to Jugah Anak Muyang @ Tambat (Bebas-Lubok Antu) who wanted to know the status of road construction in the area and also in Ulu Batang Ai, during question time.

On the construction of roads along the Ulu Batang Ai alignment, the minister said the project, which was approved in the Fourth Rolling Plan of the 11MP at a cost of RM187.5 million, is currently in the process of appointing surveyors, civil and structural engineers as well as environmental consultants.

To Jugah’s supplementary question on the status of road construction in Jalan Lidong, Sri Aman, he said the RM63 million project approved under the Fourth Rolling Plan of the 11MP,  involves the construction of a 10.5-km road.

“At present, the project is in the design stage and is expected to be tendered in February 2022,” he said.

Teachers returning to Sabah, Sarawak need not pay for quarantine and...