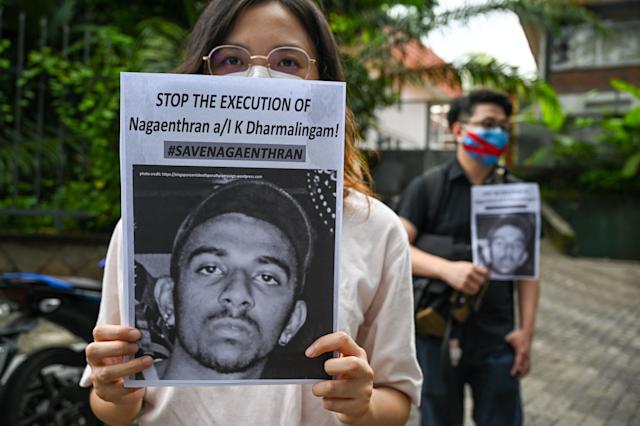 SINGAPORE, Nov 8 — The Singapore High Court today granted a stay of execution to a Malaysian who is to be executed on Wednesday (Nov 10) for a drug trafficking conviction.

The decision was posted on Facebook by M. Ravi, the lawyer to the man in death row Nagaenthran K Dharmalingam, 33.

“The High Court has just ordered a stay of execution pending the hearing of the appeal to the Court of Appeal against the decision of the High Court,” he said.

The constitutional challenge against his execution was heard via zoom today, two days before his Nov 10 execution date.

According to Ravi of K K Cheng Law Llc, the Court gave a fair hearing which was presided by Justice See Kee Oon.

The hearing started at 2.30pm while the Judgement was delivered at 4pm.

On Sunday (Nov 7), it was reported that Malaysian Prime Minister Datuk Seri Ismail Sabri Yaakob has written to his Singapore counterpart Lee Hsien Loong seeking leniency in this case.

The report said Ismail Sabri had asked the Singapore government to look into staying the execution and seeks a fresh application for presidential clemency.

Nagaenthran’s lawyers claim that he is intellectually disabled. He was sentenced to death by the High Court on Nov 22, 2010. The process of appeal went through to the final stage, and his application for presidential clemency was rejected on June 1, 2020.

Digi extends free 30GB internet per month to support B40