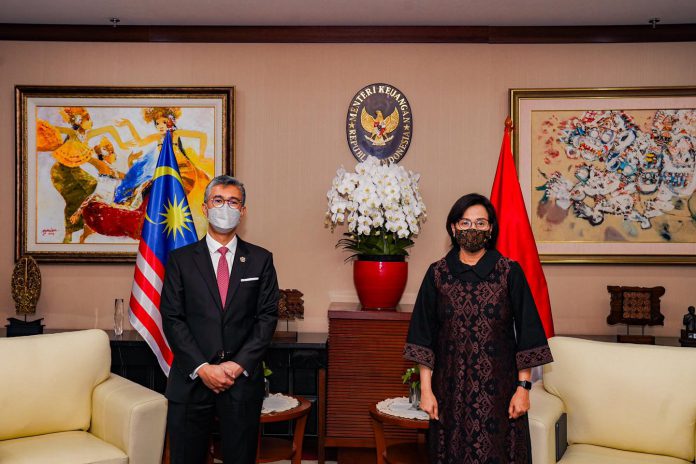 JAKARTA, Nov 12 — The Indonesian business community is happy with the interest shown by Malaysian companies to collaborate in the development of the republic’s new capital city in East Kalimantan.

“The sector that is focused on now is infrastructure and how we can help in terms of technical and more importantly, investment,” Finance Minister Tengku Datuk Seri Zafrul Abdul Aziz said.

He said the government had paved the way for Malaysian companies to enable them to be given an opportunity to take part in the development.

“So it is up to the private companies on how they can interact and engage the local authorities and the government here,” he said.

The Indonesian government is developing and relocating the capital city from Jakarta to East Kalimantan in 2024.

During a meeting with President Joko Widodo at the Bogor Palace on Wednesday, Prime Minister Datuk Seri Ismail Sabri said Malaysia was ready to share its experience with Indonesia on the development in Kalimantan and offered cooperation from local companies in the mega project.

“They can also see that our companies are still investing here,” he said.

Among them are government-linked investment companies such as Khazanah Nasional Bhd, Perbadanan Nasional Bhd and the Employees Provident Fund which have already started investing more actively, capitalising on opportunities to cooperate with Indonesia.

On Wednesday, four memoranda of understanding and agreements were signed between Malaysian and Indonesian companies that will bring investments to Indonesia worth US$3.1 billion.

Indonesia is an important and strategic trading and investment partner for Malaysia, with total bilateral trade amounting to US$15.67 billion in 2020.

Tengku Zafrul, who is in Jakarta, joined the Prime Minister’s delegation earlier and also held meetings with the business community, as well as several Jokowi cabinet ministers, including his counterpart, Sri Mulyani Indrawati.