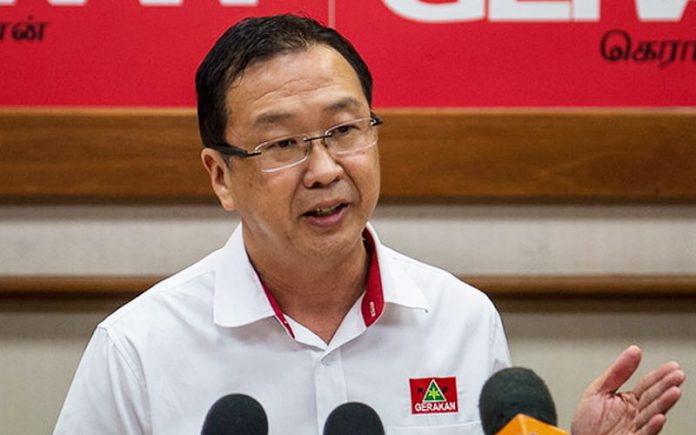 MELAKA, Nov 18 — Gerakan has promised to submit an official nomination to UNESCO for Baba Nyonya and Kristang (Portuguese-Malay ancestry) cultural heritage to be accorded the intangible cultural heritage status if Perikatan Nasional (PN) is given the mandate to govern the state administration.

Its president Datuk Dr Dominic Lau Hoe Chai said both cultures were significant to Melaka and needed to be protected, adding that their nomination was a systematic way of preserving the culture and tradition that would also benefit the Melaka tourism sector.

“There are now 584 items officially in the UNESCO’s Intangible Cultural Heritage list and they include Kabuki in Japan and Khon Tai in Thailand.

“We plan to do this because we have the experience when Gerakan governed Penang and we succeeded in putting Penang on the map as a Unesco World Heritage Site. We will use our experience to assist Melaka and get it officially nominated in the Intangible Cultural Heritage list,” he said at a press conference here today.

Elaborating further, he said the Kristang language is spoken by a community of mixed Portuguese and Malay ancestry, mainly in Melaka. It is a language that UNESCO classified as “severely endangered” with less than 2,000 people in the world speaking the language.

Meanwhile, Gerakan candidate for the Ayer Keroh state seat Michael Gan Peng Lam said if elected, he plans to set up a digital centre to provide training and exposure to youths on online entrepreneurship in the constituency.

“There are some here who have no access to Internet facilities. So we would like to encourage the youths by providing a digital platform for them to improve themselves,” he said.

Aside from that, he also said he plans to turn Melaka Tengah into a tax-free centre by improving the facilities available, in turn boosting the state economy.

Polling day for the Melaka State Election has been set for Nov 20 after the state assembly was dissolved on Oct 4 when four state assemblymen withdrew their support for Chief Minister Datuk Seri Sulaiman Md Ali.