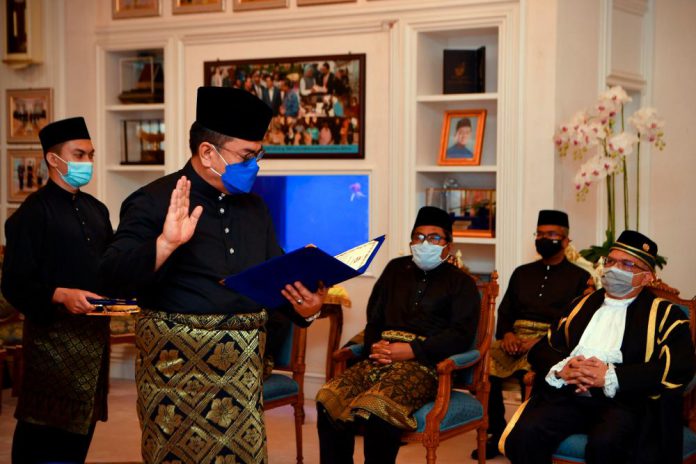 He received his letter of appointment and took the oaths of office, loyalty and secrecy before Melaka Yang Dipertua Negeri Tun Mohd Ali Rustam at Dewan Seri Utama of the Governor’s Office early this morning, just hours after Barisan Nasional (BN) swept to victory in the Melaka state election.

Sulaiman, 55, had been named as BN’s Chief Minister candidate if the coalition was given the mandate in the election.

This is the second time Sulaiman has been appointed the Melaka Chief Minister, after having first been sworn in last year.

BN has formed the Melaka government after winning 21 of the 28 seats contested in the state election.

Malaysia, Singapore to work on full resumption of air and land...