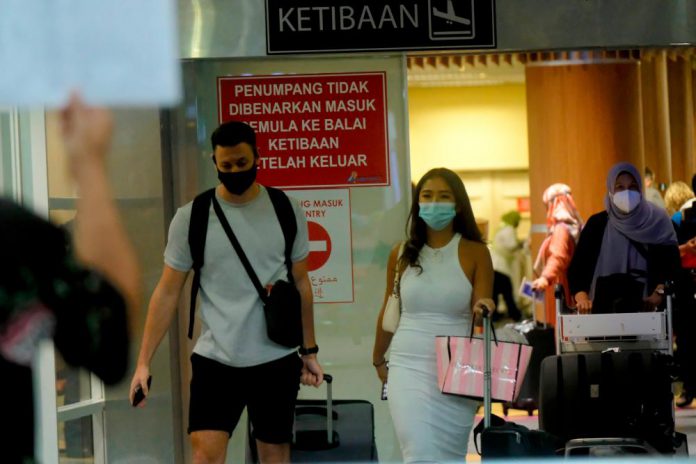 KUALA LUMPUR, Dec 3 — Travellers who have tested for COVID-19 in Langkawi on the day of arrival under the International Travel Bubble are allowed to stay at the hotel while waiting for the test results to avoid crowds at the Langkawi International Airport.

“Apart from the need to undergo COVID-19 tests using RT-PCR at least 72 hours before leaving for Malaysia and on the day of arrival, travellers in Langkawi will also need to undergo a COVID-19 test using RTK-Antigen on the third and fifth day after the arrival,” he said in a statement today.

Earlier, Health Minister, Khairy Jamaluddin, during a press conference in the morning, announced that travellers from countries other than the eight African nations are allowed to participate in the Langkawi International Tourism Bubble.

Elaborating, Dr Noor Hisham said travellers from countries other than the eight barred countries are allowed to enter the country to travel to other states, except Langkawi and will have to undergo mandatory quarantine.

He added that travellers who are not approved to undergo quarantine at home should make bookings at hotels that have been identified as quarantine stations through MyTravel Safe at https://safetravel.myeg.com.my/.

Besides, Dr Noor Hisham said travellers who came from high-risk countries and are undergoing quarantine at home, would be equipped with a digital tracker device.

The list of high-risk countries will be announced by the Health Ministry based on the risk assessment conducted from time to time and the list will be provided to the relevant international gateway for further action.

“The risk assessment will be carried out on the seventh day or the 10th day before they are released,” he said.

Dr Noor Hisham said with this declaration, the previous statements are null and void.

Stern action against those who forge vaccination certificate – Dr Noor...

Pejuang to focus on GE15, not involved in attempt to topple...