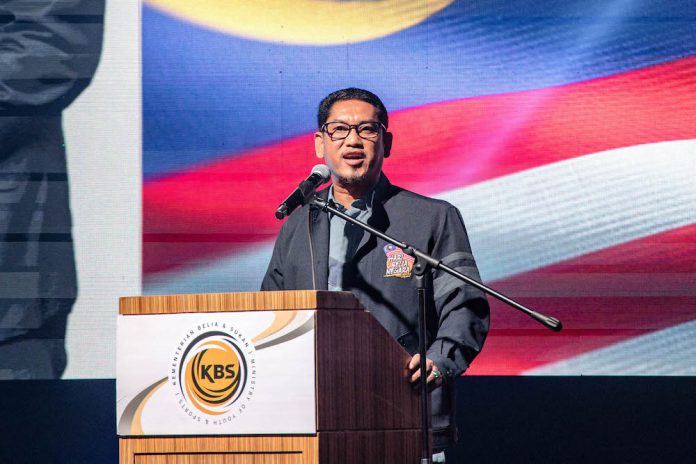 IPOH, Dec 5 — The Youth and Sports Ministry will meet with the leadership of youth organisations and associations next week in an effort to find a solution on the issue of lowering the age limit for holding positions in youth organisations from 40 to 30.

Its Minister Datuk Seri Ahmad Faizal Azumu said the meeting was crucial for the implementation of the Youth Development and Youth Organisations Act (Amendment) 2019 (Act 668) can be implemented.

“I find that each youth organisation has its own issues. We can actually assist the associations involved to resolve the situation by finding common ground so that the Act can be executed,” he said at a press conference after officiating the national-level 2021 Malaysian Youth Volunteer Day celebration here today.

Ahmad Faizal had recently informed Parliament that the implementation of lowering the age limit for individuals to hold positions in youth organisations from 40 to 30 would begin on Jan 1, 2022.

He had previously been criticised by several youth bodies including the Malaysian 4B Youth Movement, who claimed that the decision was made in haste, without consultation with youth movements.

In another development, Ahmad Faizal said the KBS would implement a new initiative for volunteers, which had been branded as Sukarelawan Belia Nasional (BENA) or National Youth Volunteers.

He said each participant would act as a volunteer to mobilise post-disaster volunteering work and the administration of events and sports at the local community level.

He said the BENA initiative was meant to enhance the knowledge, expertise and capabilities of alumni or former KBS programme participants.

“Every BENA participant will be guided and trained through upskilling as well as reskilling to assist the ministry in empowering the community at the grassroots level.

“Participants will also be trained in empowering the community, especially in dealing with mental health issues, social problems and helping to improve the socio-economy of the community, also at the grassroots level,” he said, adding that some 10,000 participants would be involved initially.

According to him, the initiative would also be empowered with the setting up of a Volunteer Call Centre as a one-stop centre for individuals or organisations looking for volunteering services.

Fully vaccinated: Number of passengers now according to vehicle capacity –...