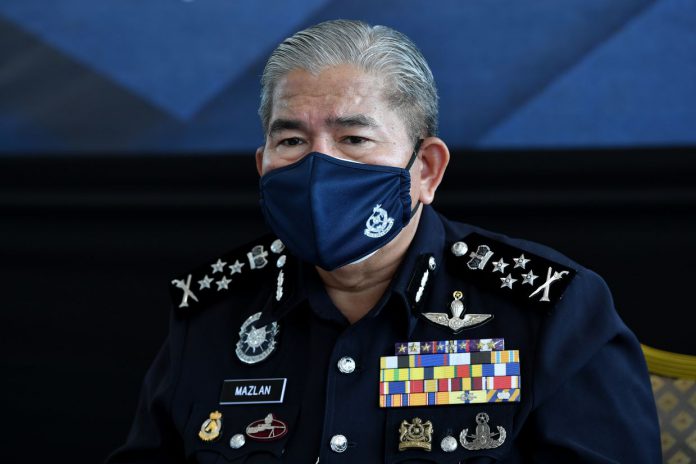 “As for fatalities, 39 deaths were recorded, involving four senior officers and 35 junior officers. Three civilian staff and 118 family members of police personnel also succumbed to COVID-19,” he told reporters after a ceremony to hand over a fleet of Toyota Hilux GS Cargo vehicles at the PSP Unit 6 Base in Wakaf Tapai here today.

Mazlan handed over 26 vehicles for the use of district police headquarters (IPD) throughout the state, including for deployment in flood relief operations during the monsoon season.

He said the handover today was part of 400 Toyota Hilux GS Cargo vehicles obtained by the Royal Malaysia Police with an allocation of RM62 million.

“We are prepared in terms of manpower, having undergone courses and understand procedures to be taken in the event of a flood. We also have acquired the necessary assets, especially boats,” he said.

At the ceremony, Mazlan also announced the construction of 10 units of quarters for police personnel in Pulau Redang with an allocation of RM13 million.

He said construction work on the quarters would begin next year.

“Now there are only eight quarters in Pulau Redang but they are insufficient for 28 officers and staff. Most of them live on the mainland and have to commute by boat to work. So it is very dangerous for their safety, especially during the monsoon,” he said.