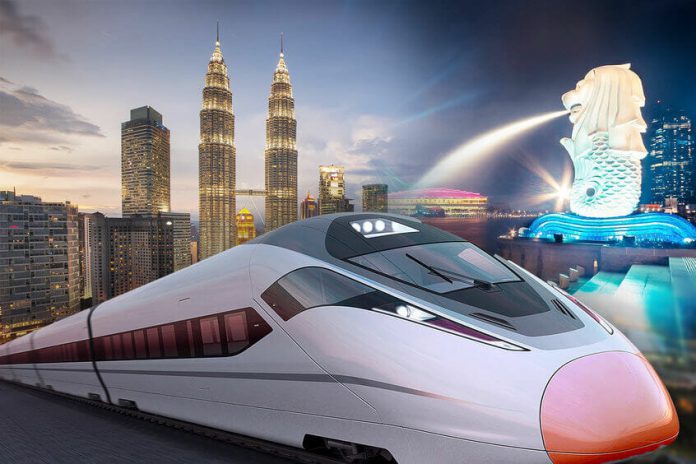 SEREMBAN, Dec 8 — The proposal to reconsider the Kuala Lumpur-Singapore High-Speed Rail (HSR) which was terminated before this, could bring about a positive impact especially to the economy of Negeri Sembilan.

Menteri Besar Datuk Seri Aminuddin Harun said this is because Negeri Sembilan is among the main route for the project which covered the construction of a station in Labu.

“We welcome the project as we felt the need (to implement HSR project) from the start, so we are requesting the federal government to reconsider and implement it as soon as possible.

“We have actually placed the HSR in our master plan as something which could give a big impact to the economic development of the state,” he told the media after chairing the State Executive Council meeting here today.

On Nov 29, the Prime Minister of Singapore Lee Hsien Loong was reported as saying the republic was open to new proposals from Malaysia on the Kuala Lumpur-Singapore HSR project even though both countries had earlier agreed to terminate it.

In this regard, Aminuddin also requested the federal government to consider adding a new alignment to the East Coast Rail Link (ECRL) involving Jelebu, Nilai, Putrajaya and Port Klang as proposed earlier.

He said the alignment could give a positive impact to the utilisation of all ports in the country apart from Negeri Sembilan which is also near Kuala Lumpur International Airport.

Meanwhile, he said the state government would go on to implement limiting the term of the Menteri Besar to two terms in future even though the bill on the matter was not approved as it did not receive the support of two-thirds of the assembly in the last meeting.

“Even though it was not gazetted but we want to ensure the manifesto of Pakatan Harapan would be implemented if it continued to be chosen by the people,” he said.

More than 900,000 children in Malaysia given COVID-19 vaccine