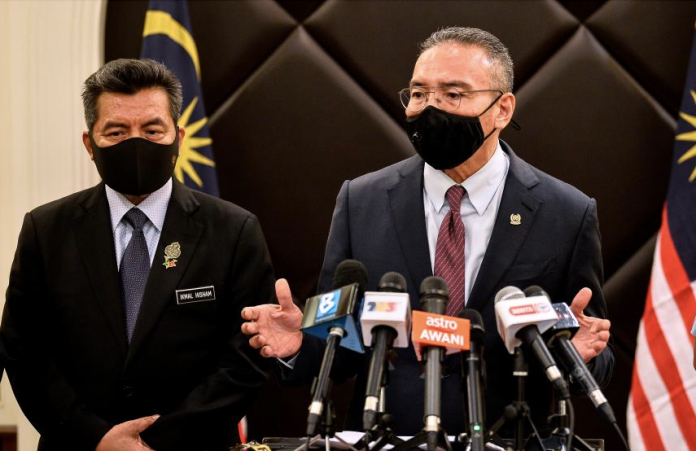 KUALA LUMPUR, Dec 10  — The Malaysian Armed Forces have not received any official report regarding threats of external hackers trying to hack into the Defence Ministry system.

“We cannot take action based on a claim by a private firm. My ministry (Mindef)  through the Defence  Intelligence Staff Division and MAF Cyber Defence Operations Centre (CDOC) however, are always proactive and they are constantly monitoring hackers trying to hack our system,” he said at a press conference on post 100-day Malaysian Family Aspirations at Wisma Perwira ATM here.

Commenting on whether the claim made was actually manoeuvring by a foreign superpower trying to dictate the current geopolitics, Hishammuddin said it was probably geopolitics.

“Maybe geopolitics and whatever the statement, one superpower will get a reaction from another superpower and a small country like ours, indirectly,  has to deal with this situation.

“Yet, in reality, my job is to look at our security and defence. It is not about the geopolitics and the considerations of certain quarters.  And we always have agencies and the expertise to determine the validity of the allegations made by them,” he said.

It was reported recently by foreign media that hackers from China are targetting military forces sites and government departments of several Southeast Asian countries.

The report further said, an investigation by a firm based in the United States, found that most countries that they are targeting are related to territorial disputes in the South China Sea or strategic infrastructure projects.

Entry ban on foreigners based on risk matrix – Mohd Redzuan