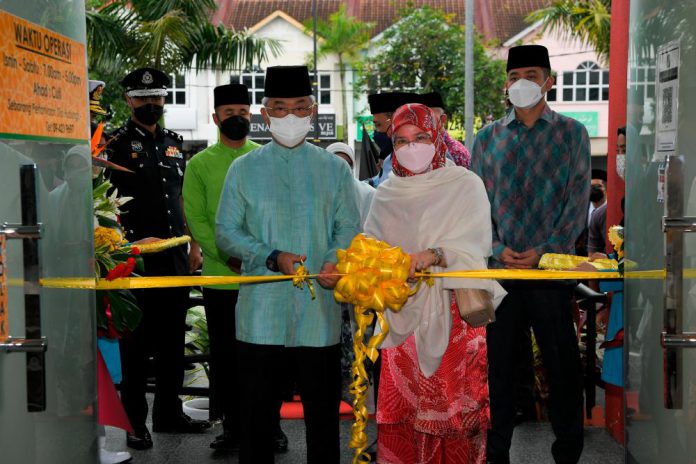 The haemodialysis centre is the first to be set up by YASA in Pahang, after it was established in Kuala Lumpur, namely in Cheras on Aug 7, 2019 and Setiawangsa on Aug 12 last year.

The King and Queen also presented donations to 12 patients who were undergoing haemodialysis  treatment at the centre.

Meanwhile, Istana Negara, in a statement today, said Their Majesties were deeply concerned about the plight of chronic kidney patients who could not afford the haemodialysis treatment.

The haemodialysis centres was also set up to help alleviate the financial burden of the patients.

“Their Majesties also call on more individuals and private companies to come forward to help this target group get haemodialysis treatment by providing sponsorship and subsidies, especially when many people have been hit hard by the COVID-19 pandemic,” it said.

Al-Sultan Abdullah and Tunku Azizah also prayed that for patients undergoing hemodialysis treatment to be given the strength as well as patience, and advised the people to adopt a healthy lifestyle and to avoid consumption of products that can cause harm to kidneys.

The King and Queen also expressed their greatest appreciation to the Health Ministry, MUIP, public agencies, private sector and generous donors such as MUIP Holdings Sdn Bhd, Yayasan Albukhary, Syarikat Tanah Makmur Berhad, Mazda Medicare Fund under Syarikat Bermaz Auto Berhad, in collaboration with B.Braun Malaysia which have assisted in the establishment of the haemodialysis centre.

Built on wakaf (endowment) land, the haemodialysis centre which is equipped with 12 haemodialysis machines that is capable of treating more than 100 patients per week, opens from Monday to Saturday from 8am to 5pm.