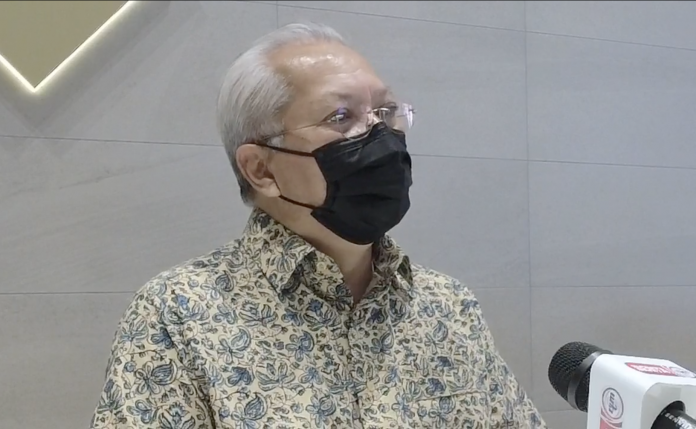 PETALING JAYA, Dec 11–The Communications and Multimedia Ministry (KKMM) and the Ministry of Finance (MOF) always work together in various matters, including in the implementation of the 5G single network or Single Wholesale Network (SWN) concept through Digital Nasional Bhd (DNB).

Communications and Multimedia Minister Tan Sri Annuar Musa said any major decision would be made by the Cabinet, meaning that it is a collective decision.

“There’s no one ministry which does everything, so we must always accept  that and must always recognise the principle of collective responsibility.

He said KKMM and MOF had agreed to prepare a joint paper on issues involving 5G and DNB so that a decision can be made by the Cabinet and pending that, programmes involving implementation of 5G would run as usual.

Meanwhile, Annuar also thanked Finance Minister Datuk Seri Tengku Zafrul Tengku Abdul Aziz for the explanation on the issue and said that the government is always prepared to provide clarification if there was any ambiguity  in answers it provided during the Parliament session.

The time given to answer a question in Parliament is very short and there is the possibility of confusion, he added.

According to Annuar, Tengku Zafrul had contacted him first before making the explanation.

“I always make an engagement and consultation with the Minister of Finance, and before he posted the r explanation with regards to the (5G) issue that was raised during the Parliamentar session, he had contacted me and I agreed for the minister to make the clarification,” he said.

Yesterday, Tengku Zafrul was reported to have said that the single 5G network or SWN concept had been discussed jointly between the MOF and KKMM in the Cabinet since 2019.

He was clarifying a statement by Deputy Communications and Multimedia Minister Datuk Zahidi Zainul Abidin in the Dewan Rakyat last Thursday that there was no consultation with KKMM on the appointment of DNB to undertake the deployment of the 5G network and infrastructrure via the SWN model.