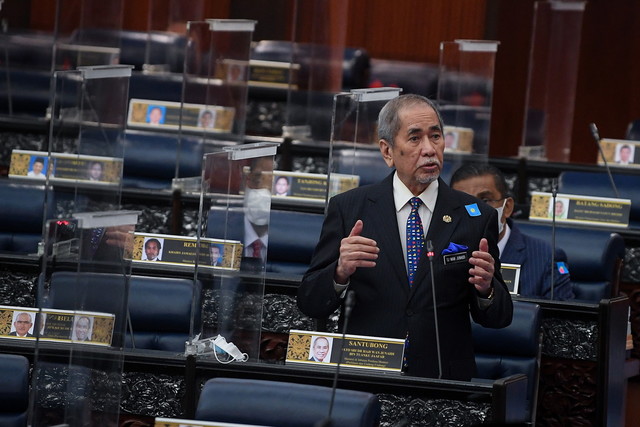 KUALA LUMPUR, Dec 13 — There will be no extension in the Second Meeting of the Fourth Session of the 14th Parliament, said Minister in the Prime Minister’s Department (Parliament and Law) Datuk Seri Dr Wan Junaidi Tuanku Jaafar.

He said the current parliament session, which commenced on Oct 25, will end as scheduled on Dec 16 despite an earlier indication that it may be extended for two days.

Wan Junaidi said the current meeting was focusing on seven bills, namely on the 2022 Budget as well as amendments of several articles in the Federal Constitution.

“This includes the tabling of a bill to amend several provisions in the Federal Constitution in line with the Malaysia Agreement 1963 (MA63),” he said in a statement today.

He said after much consideration, it is best to not extend the session as most of the ministers, Members of Parliament, as well as government officers, have already made plans for their year-end holidays.

“Nevertheless, while I understand that many of us are already in a holiday mood, I would like to seek cooperation from my fellow Members of Parliament to attend the session as we will be voting for several important bills,” he said.

Wan Junaidi said nine bills are expected to be tabled in the next parliament session, scheduled to take place starting Feb 28 next year.

He said among the bills was one on Parliamentary reforms, which is scheduled to be presented to both Dewan Rakyat and Dewan Negara Speakers by mid-January next year and tabled in Parliament in March.