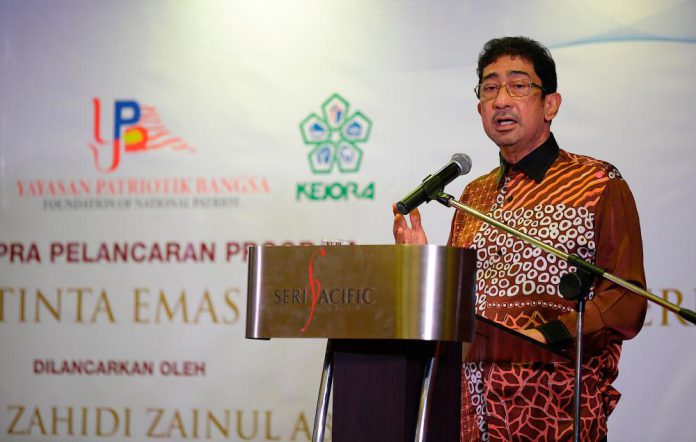 KUALA LUMPUR, Dec 16 — The Communications and Multimedia Ministry (KKMM) plans to produce more programmes and documentaries on past leaders which it hopes will instill the patriotic spirit among the younger generation.

Its deputy minister Datuk Zahidi Zainul Abidin said along with the involvement of Radio Televisyen Malaysia (RTM), the National Film Development Corporation (FINAS) and several other agencies, efforts towards that purpose are being expedited.

“We are now in discussions with Yayasan Patriotik Bangsa whose chairman Datuk Yazid Othman is also a former media practitioner so that we can produce documentaries on past leaders, including speeches, writings and the programmes they initiated for the people to remember their services.

“Youths these days are not aware of the services of past leaders, such as Tunku Abdul Rahman Putra Al-Haj and this must be filmed,” he told a media conference in conjunction with the pre-launch of the “Tinta Emas Perdana Menteri” compilation album here today.

Zahidi said KKMM was also planning to produce more patriotic cartoons so that love for the country can be instilled from an early age.

“I am concerned, for example when there are deaths involving leaders, there are young netizens who post insensitive comments, there are also those who condemn religion and disrespect the Monarch.

“We do not want to use the legal approach, but more towards education on patriotism,” he said.

On the event, Zahidi said the album pre-launch will allow more opportunities to get to know the personal lives of the country’s prime ministers, including current premier Datuk Seri Ismail Sabri Yaakob.

The album will be produced by Yayasan Patriotik Bangsa and is expected to be launched in May.

Bersatu to get PM’s clarification on govt-PH MoU