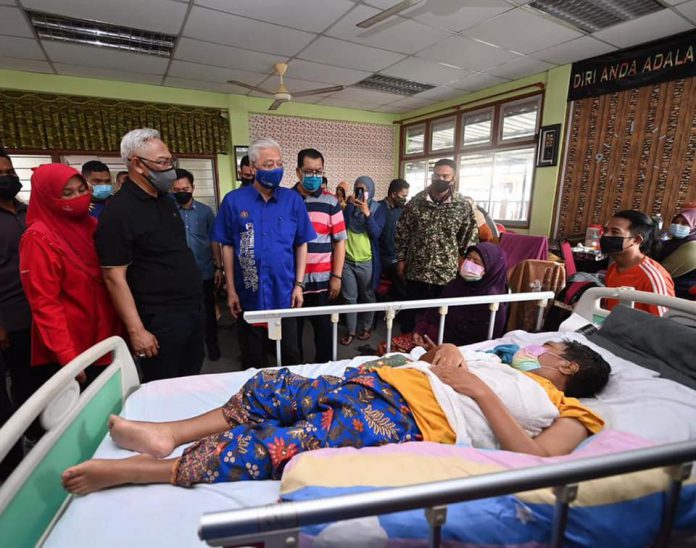 Ismail Sabri said this issue was among several matters raised at a special meeting and immediate measures were taken after he visited flood victims at two PPS, at Sekolah Kebangsaan (SK) Telok Gong and SK Johan Setia, near here, this morning.

“Several issues were raised this morning, and that concerning those trapped at home was reported to have been settled.

“As for those trapped in cars or other places apart from homes, action is being taken to evacuate them,” he told a special news conference here.

Ismail Sabri said the issue of lack of food was also considered settled, as dinner today and breakfast tomorrow (Dec 20) will be provided by the state government while beginning tomorrow, lunch and subsequent meals will be supplied by the Social Welfare Department (JKM).

“So, in terms of food, we consider it as solved. This is a big issue,” he said.

Ismail Sabri said for sleeping places, the government had obtained the commitment of JKM to provide comfortable cubicles equipped with blankets and mattresses for flood victims at PPS.

“It is the same with other needs. (At PPS) only school toilets were used. So, it is insufficient and we have agreed to provide portable toilets,” he said.

“The local authorities have been asked to maintain cleanliness because rain and the crowd have made the places dirty. We have also told the Drainage and Irrigation Department to immediately clean and clear the clogged drains,” he added.

Ismail Sabri said information from the Environment and Water Ministry showed that the amount of rainfall recorded in Selangor yesterday was equivalent to that of one month during normal times.

“There was confusion because it (rain) happened suddenly. There were no preparations on evacuation and the like, and the fast-rising water caught people by surprise,” he said.

Ismail Sabri said the number of evacuees in Selangor had risen from about 6,000 yesterday to more than 15,000 at 108 PPS in eight districts today.