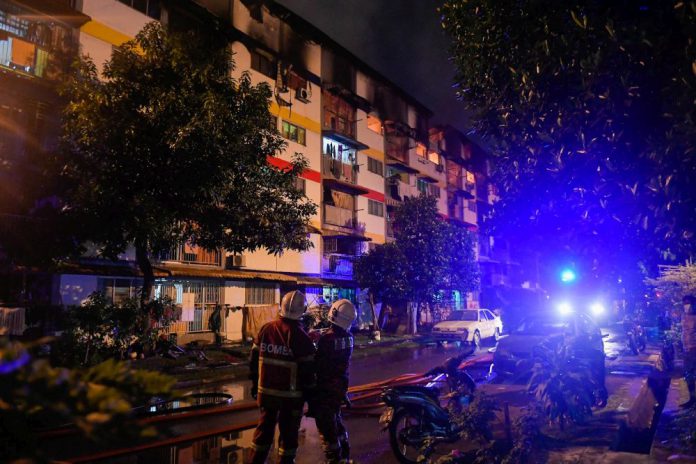 KUALA LUMPUR, Dec 19  — Eight units on the fourth floor of Block 31 at the Sri Johor Public Housing Project in Cheras here were involved in a fire tonight.

According to a spokesman for the Kuala Lumpur Fire and Rescue Department, the fire broke out at about 9.20 pm.

He said the fire was believed to have started from the middle of the block before it spread to the entire floor.

“So far, firefighters are still investigating whether it involves any fatalities. The cause of the fire is believed to be from a gas leak,” he told reporters at the scene.

According to a spokesman from the Fire Department, no casualties have been reported in the incident.

“The fire brigade received an emergency call regarding the incident at 9.17 pm, and 35 personnel were deployed to the scene from the Fire and Rescue Stations in Pudu, Hang Tuah, Sri Hartamas, Keramat and Cheras.

“Besides that, the destruction from the fire is estimated to be 100 per cent, involving the entire (fourth) floor,” he said.

Meanwhile, checks by Bernama found that the fire was brought under control at about 11.30pm.