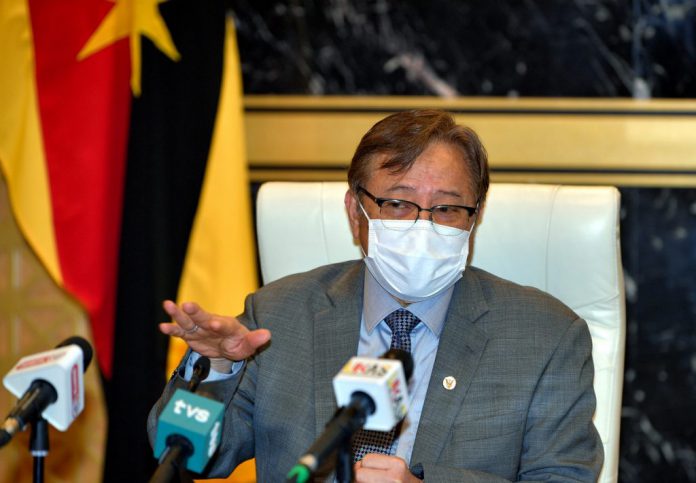 KUCHING, Dec 21 — The Sarawak government is looking into claiming the state’s right to have a representative in the Inland Revenue Board (IRB) in order to get accurate figures on the nation’s revenue, Chief Minister Tan Sri Abang Johari Tun Openg said today.

He said the Inter-Government Committee (IGC) which was formed to work out the final details of the Malaysia Agreement 1963 had spelt out in paragraph 24 of its report that Sarawak and Sabah must be represented in the IRB.

“When you know the country’s overall revenue, then you (the state) can ask for a reasonable amount as a grant under Article 112(d) (of the Federal Constitution). If we know how much of the revenue was contributed by Sarawak, at least 20 per cent of the revenue must be given back to the state,” he said.

Abang Johari, who led Gabungan Parti Sarawak to victory in the just-concluded 12th state election, said this when speaking at a ceremony to welcome him at his office on his first day of work after being sworn in as the Chief Minister.

According to him, the IRB representation would be discussed in detail with his cabinet members, but when asked by reporters later when he would announce the cabinet line-up, he replied: “Krismas dolok (Let’s celebrate Christmas first).”