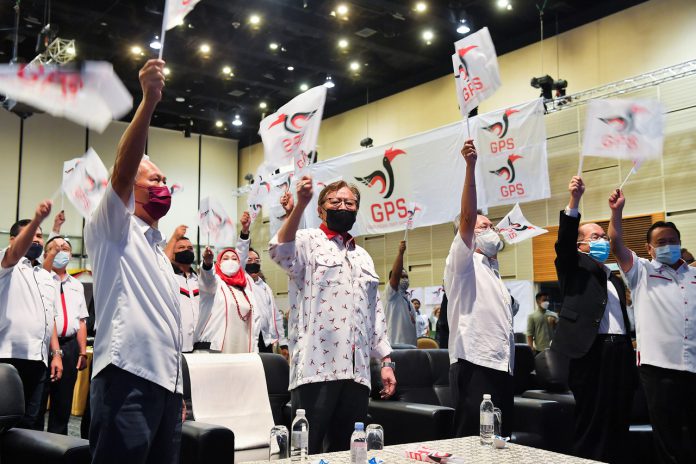 KUCHING, Dec 27  — The end of the 12th Sarawak state election marked the climax of significant events that took place in the Land of the Hornbills as 2021 concluded with Malaysians witnessing new state-based political coalition Gabungan Parti Sarawak (GPS) given the mandate to govern the state for the next five years.

The much-awaited state polls were shelved for about six months after the Yang di-Pertuan Agong Al-Sultan Abdullah Ri’ayatuddin Al-Mustafa Billah Shah proclaimed an emergency order for Sarawak from Aug 2 this year to Feb 2, 2022.

His Majesty, however, revoked the order on Nov 3 after consultation with the Yang di-Pertua Negeri of Sarawak Tun Abdul Taib Mahmud, paving the way for the election to be held on Dec 18.

One concern raised was the possible confusion of party symbols used in the election, with both GPS and PBK using their respective hornbill symbols, although both designs could clearly be told apart.

It ultimately proved to be a non-issue, for GPS at least, after the coalition of four state-based parties coasted to a two-thirds landslide win, sweeping 76 of the 82 seats at stake.

There was a familiar name missing though this time in GPS’ candidate line up in the form of Tan Sri James Masing, the influential PRS president and deputy chief minister who died on Oct 31 from heart complications. His party went on to win all 11 seats it contested in the state polls.

The state election may have turned out to be a momentous end for 2021, but for Sarawakians especially, the year would also be remembered for its tragic and grim start.

As the nation ushered in the new year on Jan 1, tragedy struck in Sri Aman when a family of nine died after the four-wheel-drive that they were travelling in plunged into the Batang Lupar river, near the Triso ferry landing point.

Two adults, three teenagers, three children and an infant were killed in the 3 pm incident in which the driver is believed to have lost control of the vehicle, causing it to veer and slide into the river. The victims were on their way to Kuching from Kapit, via the Jalan Beladin-Meludam route.

That tragedy turned out to be a precursor to further anxious times in the state. In the previous year, Sarawak, through diligent monitoring and strict preventive measures, managed to keep its COVID-19 cases and fatalities low.

However, these efforts proved not strong enough to keep more aggressive COVID-19 variants from entering the state as cases began soaring in the first three months of the year.

From just 1,117 infections reported throughout 2020, the number of new cases spiked as the relevant authorities grappled to contain the deadly virus. As of Dec 20, the overall number of cases totalled 250,916.

At its peak, the number of daily cases breached the 5,000 mark but once the vaccination programme kicked off, daily figures saw a reversing trend beginning September, and by December the state began recording only double digits in new daily infections.

As experienced throughout the nation, Sarawakians were also economically affected by the COVID-19 pandemic, but the GPS-led state government cushioned the impact with continuous financial and welfare aid to safeguard the people’s lives and livelihood.

The Bantuan Khas Sarawakku Sayang (BKSS) aid package which was first introduced in 2020 specifically to assist Sarawakians affected by the enforcement of the Movement Control Order (MCO) continued in 2021 and as of December, aid worth amounting to over RM5 billion had been disbursed.

As 2021 neared its end, Sarawakians were given more reasons to cheer.

One other significant event took place in Sarawak on Oct 23 when the state hosted the official launch of Keluarga Malaysia (Malaysian Family), a concept based on the values of inclusivity, togetherness and gratitude introduced by Prime Minister Datuk Seri Ismail Sabri Yaakob after taking office in August.

A year that began tragically saw Sarawak taking the bull by the horns as the state successfully navigated its way through a challenging public health crisis and economic uncertainties and witnessed a huge state election win for GPS that promises continued political and economic stability for its people.

Govt to look into rehiring foreign workers for certain sectors –...