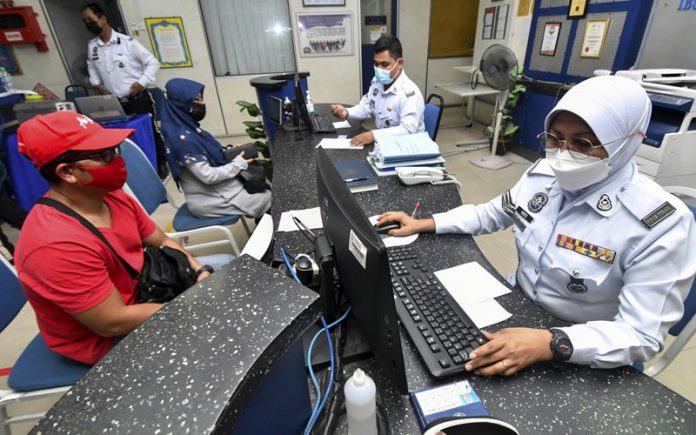 DUNGUN, Jan 1 — A total of 8.6 million outstanding traffic summons were settled during the discount period launched in conjunction with the 100-Day Keluarga Malaysia Aspirasi Programme from Dec 9 until yesterday.

Inspector-General of Police Tan Sri Acryl Sani Abdullah said this proved that the traffic summons discount offer was well-received by the public considering that 12.2 million summons were settled throughout 2021.

“This showed that the public really took advantage of the discount offer to settle their outstanding summons,” he told reporters after visiting the Kampung Jongok Batu on-site control post (PKTK) here today.

On whether there were plans to extend the offer,  Acryl Sani said there were none at the moment because the number of people paying their summons at traffic payment counters nationwide had lessened by the end of last month.

In other developments, Acryl Sani said the Royal Malaysia Police (PDRM) as the chairman of the Disaster Operations Response Committee said it was satisfied with the role played by all the related agencies in handling the flood situation nationwide in accordance to the National Security Council Directive No 20 (MKN 20), including at state level.

“Based on the directive, all agencies will be involved under the gotong-royong concept. At the contingent level, a Disaster Operations Response Committee meeting has been held where the state police chief had called all related agencies to discuss and detail their roles.

“I am satisfied at this point with the feedback that I received from state police chiefs. Preparations have been made. We pray that what we planned with run smoothly,” he said.

Meanwhile, the number of human lives lost in the recent floods reached 50 today while two more victims in Telemong and Bentong, are still missing after the floods struck several states last month.

Awareness on RE improving, to drive Malaysia’s solar industry higher