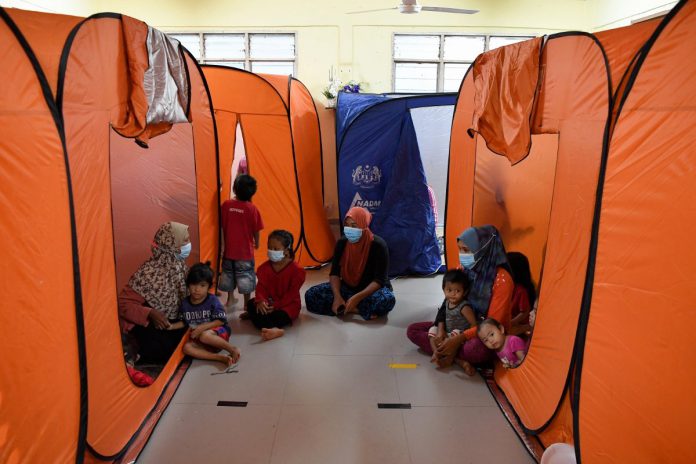 However, he said one more PPS was activated, namely at Kompleks JKKK Kampung Jawa, Muar, bringing the total number of PPS opened in the state to 81.

Vidyananthan said the water at three rivers remains at the danger level, namely Sungai Muar in Kampung Awat and Buloh Kasap in Segamat and Sungai Kesang in Kampung Seri Maamor near Tangkak.

In PAHANG, the State Disaster Management Committee Secretariat reported that a total of 1,846 flood victims were still at 32 PPS this morning, involving the districts of Raub, Jerantut, Temerloh, Bera, Maran, Kuantan, Pekan and Rompin.

The Department of Irrigation and Drainage (DID) through its website informed that water levels at three rivers have exceeded the danger level, namely Sungai Bera and Sungai Serting in Bera and Sungai Pahang in Kuala Sungai Chini, Pekan.

In NEGERI SEMBILAN, the latest data through the Social Welfare Department’s InfoBencana application showed that the number of flood victims in relief centres fell to 1,488 individuals from 396 families this morning, compared to 1,628 individuals involving 448 families last night,

State Malaysian Civil Defence Force (APM) director Lt Col (PA) Cuthbert John Martin Quadra, in a statement said all of the victims were from 14 areas in Alor Gajah, nine in Melaka Tengah and 14 more in Jasin.

The State Disaster Management Secretariat, in a statement informed that all the flood victims were housed at 30 PPS in six districts in the northern part and east coast of the state.

An aerial survey by Bernama today found that floodwaters have also begun to recede in some areas in Kota Marudu and the weather is favourable.

In SELANGOR, the JKM’s InfoBencana application informed that the number of evacuees remained unchanged at 40 people in the Kuala Langat district and they are placed at Dewan Orang Ramai Kampung Kelanang (25 people) and Balai Raya Majlis Pengurusan Komuniti Kampung (MPKK) Banting (15 people).

In TERENGGANU, the number of evacuees remained at 19 people from five families at two centres in Kemaman this morning, according to the State Disaster Management Secretariat.

DID through its https://publicinfobanjir.water.gov.my portal reported that only Sungai Nerus in Kampung Langkap, Setiu was still above the danger level this morning.