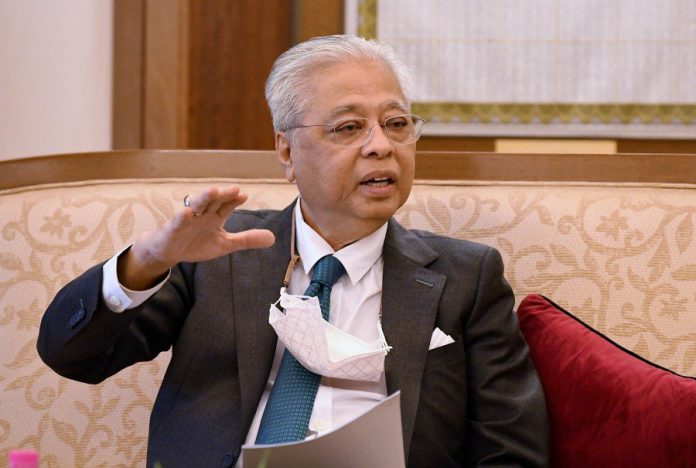 KUALA LUMPUR, Jan 10 — The government is serious in tackling the issue of a depleting Harimau Malaya population as there are now fewer than 150 of the iconic tiger in the country’s forests, said Datuk Seri Ismail Sabri Yaakob.

The prime minister said if immediate action was not taken, Malaysia faced the risk of seeing the Harimau Malaya, known by its scientific name Panthera Tigris Jacksoni, going extinct.

“More worrying is the fact that this iconic species of the country may be lost forever,” he said in a statement after chairing the first meeting of the National Tiger Conservation Task Force (MyTTF) in Putarajaya today.

The Harimau Malaya is a symbol of the coat of arms of Malaysia and features in the crest of states, government ministries, departments and agencies.

Ismail Sabri said the dwindling Harimau Malaya population was due to loss of habitat and food sources resulting from land use changes, hunting and illegal trade in animals, as well as the spread of the canine distemper virus.

He said today’s meeting agreed with the Strategic Actions for Conservation of Harimau Malaya for a 10-year period beginning this year, through the implementation of six approaches including boots on the ground joint operations involving the Department of Wildlife and National Parks (Perhilitan), Royal Malaysia Police (PDRM), Malaysian Armed Forces (MAF) and the Orang Asli community.

He said the MyTTF also agreed to preserve and strengthen habitat through sustainable land use management and to stop any activities of encroachment and illegal hunting.

“Another measure agreed to is to increase the forest cover in Peninsular Malaysia from 43.41 per cent now to 50 per cent by 2040, in line with the Fourth National Physical Plan.

“(It also calls for) empowering effective governance through the establishment of the Harimau Malaya Conservation Unit under Perhilitan, Wildlife Crimes Bureau under PDRM and strengthening the National Wildlife Forensics Laboratory as a centre of excellence for ex-situ conservation of Harimau Malaya,” he added.

Ismail Sabri said MyTTF also agreed to the use of innovative financial instruments to supplement the existing Ecological Fiscal Transfer for Biodiversity Conservation financial incentive and implementation of the Harimau Malaya habitat accreditation scheme, apart from holding Save Harimau Malaya campaigns to boost awareness and involvement of strategic partners.

He said efforts already undertaken to protect the Malayan tiger included amendments to the Wildlife Conservation Act 2010 which were passed by Parliament on Dec 21 last year to provide for more effective enforcement of wildlife conservation laws.

Under the amendments, the maximum fine was raised from RM500,000 to RM1 million and the maximum jail term was increased from 10 years to 15 years for perpetrators of wild life crimes.

“Apart from this, there are new provisions for action to be taken against individuals who advertise the sale of wildlife online,” he said.