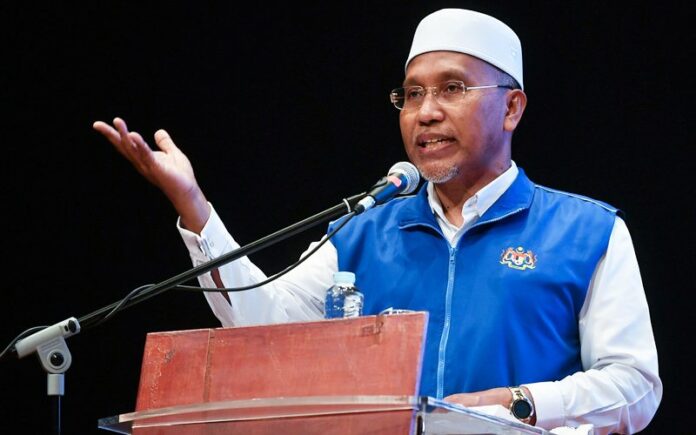 PUTRAJAYA, Jan 11  — Minister in the Prime Minister’s Department (Religious Affairs) Idris Ahmad has urged the relevant authorities to investigate a freelance preacher who admitted to bringing a group of pilgrims who were not fully vaccinated to perform umrah.

He said the incident should not have happened because among the conditions for performing umrah was the pilgrims must have completed their vaccination with any of the vaccines approved by the Saudi government.

“I regret if this had really happened because among the conditions clearly stated was that the person must be fully vaccinated.

“How did they manage to leave for Makkah? The relevant authorities must investigate how they could go undetected?” he told the media after presenting aid to flood victims here today.

Idris was asked to comment following the freelance preacher’s admission on his Instagram account that he had brought a group of pilgrims who were not fully vaccinated to perform umrah. He had also admitted that he did not receive the MM vaccine.

It is learned that the MM vaccine refers to the Meningococcal Meningitis vaccine which is a requirement set by Saudi Arabia for umrah pilgrims around the world.

Meanwhile, Idris also advised other freelance preachers not to teach topics that are not their expertise and urged them to leave this to the experts in the field.

COVID-19 control, preventive measures must be intensified if Rt exceeds 1.2