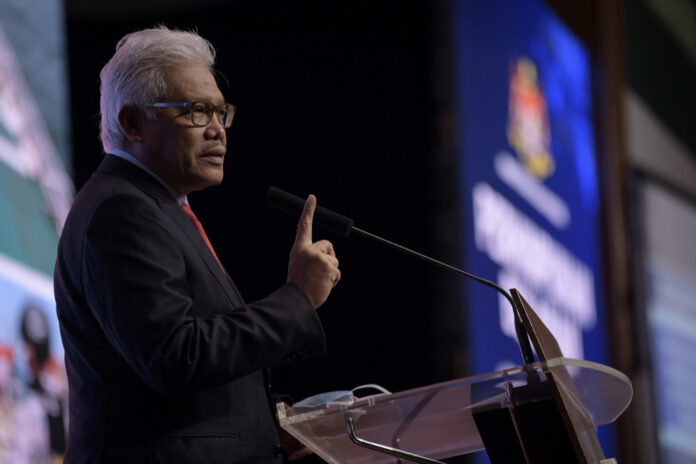 He said the new entry points, at Teluk Melano and Kapit in Sarawak, Pengerang in Johor and Setiu in Terengganu, would facilitate travel into the country and boost economic cooperation with neighbouring countries.

The government had also allocated RM8.8 million under Budget 2022 for building eight border control posts – seven in Sarawak and one in Sabah – to increase the presence of General Operations Force enforcement personnel, he said in his 2022 New Year message at the ministry’s monthly assembly here today.

“The ministry will also develop a Border Control Blueprint and begin studies on the development of an integrated border control system known as the National Border Control System,” he said.

Hamzah said these measures are in line with the five-front approach under the Home Ministry Strategic Plan 2021-2025.

He also said Malaysia had been climbing up the ranks as a safe country and a good place for doing business, as evident from its 23rd spot among 163 countries in the Global Peace Index 2021 and 12th placing among 190 countries on the Ease of Doing Business Index.

He said the ministry would focus on strengthening certain divisions and departments this year, including undertaking restructuring in the Royal Malaysia Police, Immigration Department, National Anti-Dadah Agency and Eastern Sabah Security Command (ESSCom).

Universal access to affordable and accessible vaccine is crucial – Hishammuddin

Malaysia-Singapore border to reopen under RGL, PCA schemes from Aug 10