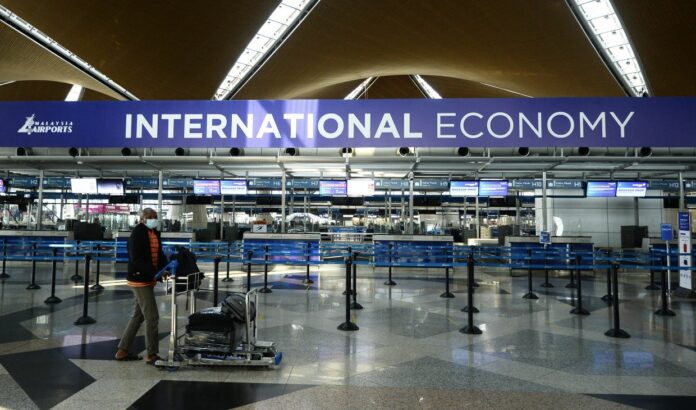 KUALA LUMPUR, Jan 12 —  The recovery in air travel continued in November 2021, however, Omicron restrictions are likely to affect the period ahead, said the International Air Transport Association (IATA).

“Total demand for air travel in November 2021 (measured in revenue passenger-kilometres or RPKs) was down 47.0 per cent compared to November 2019. This marked an uptick compared to October’s 48.9 per cent contraction from October 2019,” it said in a statement today.

“Primarily this was driven by China, where traffic fell 50.9 per cent compared to 2019 after several cities introduced stricter travel restrictions to contain (pre-Omicron) COVID outbreaks,” it said.

According to the IATA, the international passenger demand in November was 60.5 per cent below that of November 2019, bettering the 64.8 per cent decline recorded in October.

IATA director-general Willie Walsh said if the experience of the last 22 months has shown anything, it is that there is little to no correlation between the introduction of travel restrictions and preventing transmission of the virus across borders.

“And these measures place a heavy burden on lives and livelihoods. If experience is the best teacher, let us hope that governments pay more attention as we begin the new year,” said Walsh.