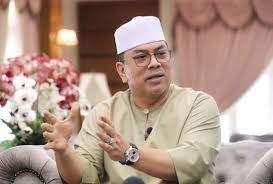 ALOR GAJAH, Jan 15 — Melaka through the Melaka Housing Board (LPM) plans to set up two transit houses in each of the 28 state constituencies in the state.

Chief Minister, Datuk Seri Sulaiman Md Ali said the transit houses would serve the needy people especially those experiencing disasters such as fire, or in poverty, victims of domestic violence and so on.

“Currently, there are only five transit houses at the Kampung Padang Flats, Pokok Mangga under LPM complete with furniture and rented out for free for people to stay temporarily before finding new homes.

“Transit houses is a more suitable solution for those needing shelter but are staying in village areas far from towns,” he told reporters here today.

Meanwhile, Sulaiman said the RM40,000 house, which was contributed by LPM, was completed in one-and-a-half month and had three bedrooms, a living room, kitchen and bathroom.

“This is the second project under the Melaka MyHome initiative and for this year LPM plans to build 58 more houses which will be given free to the poor and tithe recipients,” he added.