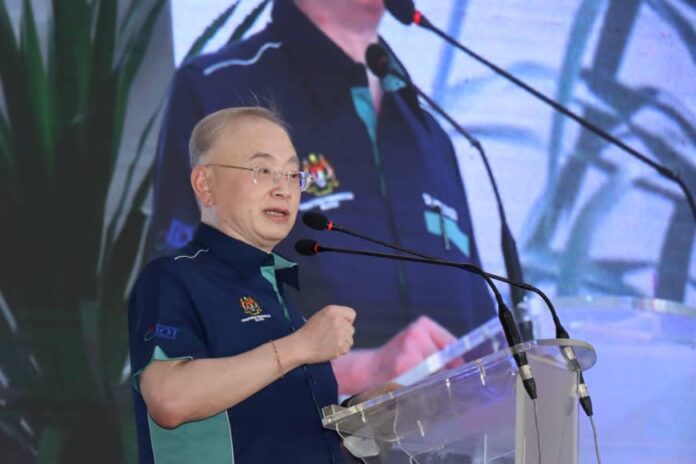 KEMAMAN, Jan 15 — The newly-launched Port Kemaman Development Plan will not only be a new catalyst for the local economy but will allow the port to be the main gateway for trade and industry in Terengganu.

“(The cargo-handling capacity) will continue to rise according to the port’s business development trend.

“Hence, with the expansion in capacity, domestic and foreign investments will also increase,” he told reporters after the launch of the Port Kemaman Development Plan at the port’s East Wharf here today.

He said the project costing nearly RM1 billion will, among others, involve the installation of four cranes and extension of the jetty by 650 metres.

The crane installation and wharf expansion works will begin in the near future and are expected to be completed by 2025, he added.

Dr Wee said the port development project is much needed in view of the rising demand from industry players, and it will also make Kemaman Port a commodity and trading hub as well as the main Eastern gateway for heavy industries-based commodities as well as oil and gas.

He said the project is also in line with the future requirements of Terengganu’s industrial areas especially oil, gas and petrochemical industries.

Records of more than two million individuals linked to crimes have...