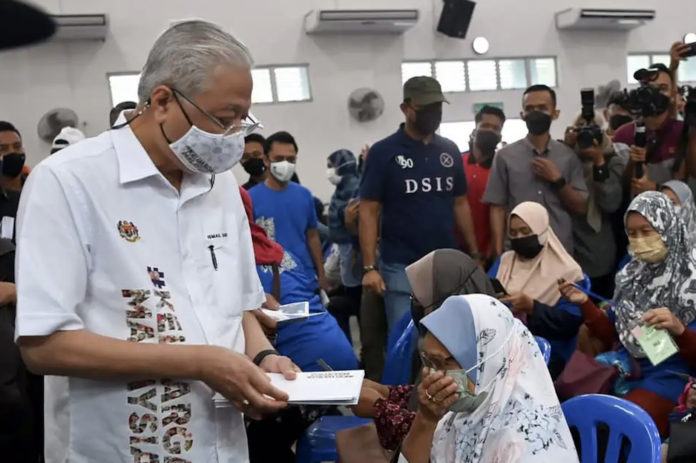 KUALA LUMPUR, Jan  20 — Bantuan Wang Ihsan (BWI) of RM125.504 million has been channelled for distribution to flood victims at RM1,000 per household, as of yesterday.

Prime Minister Datuk Seri Ismail Sabri Yaakob said 97.3 per cent of the household heads at relief centres during the first wave of the floods that hit eight states have received the aid.

“The distribution of the aid for Terengganu, Negeri Sembilan, Kelantan, Pahang, Sabah and Johor that were hit by the second wave of floods has reached 57.3 per cent,” he said when tabling the papers on the flood disaster which occurred at the end of last year at the Special Meeting of Dewan Rakyat, here, today.

According to him, for flood victims who did not move to PPS, the distribution was 50.8 per cent.

He said the government had announced the Bantuan Keluarga Malaysia aid amounting to RM1.4 billion to ease the burden of those affected by the floods.

“It is the direct assistance provided by the government to the flood victims. Apart from the aid, the government has also provided allocations for the repair of damaged infrastructure,” he said.

Meanwhile, Ismail Sabri said 99.67 per cent of Phase 1 of cleaning works have been completed in six states, namely Johor, Pahang, Selangor, Melaka, Negeri Sembilan and Kuala Lumpur as of Jan 18.

“Cleaning works under Phase 2, which involves Negeri Sembilan and Melaka have fully completed while 85,516 tonnes of post-flood waste were cleared for both phases,” he said.

In addition, electricity supply in all areas affected by the floods has been fully restored while 1,058 out of the 1,066 affected communication infrastructures have been repaired as of yesterday.

“There are also damages suffered by public infrastructure, government as well as business premises and people’s homes that are still being assessed by the relevant agencies,” he said.